NGO set to raise fund for youth, others in Canada, Nigeria 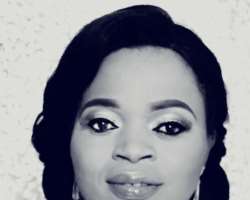 The maiden launch of Life of Hope Foundation Canada annual orphanage center fundraise is to hold on Friday with the Founder and President of the non-profit organization appealing for generous support.

Anike Stella Onile explained that the October 4 event will raise fund for the foundation’s first building project in Nigeria, which is expected to accommodate over 100 homeless children and youth.

According to her, a member, BOD of the Foundation and Media Executive in Canada, Chief ‘Femi Shodunke, will address the gathering as Guest Speaker at the event to be attended by the Chief Executive Officer, Infrastructure Health and Safety Association (IHSA), Mr. Enzo Garritano and the association’s Vice President, Ms. Fatima Luis.

The Founder said: “It is with great pleasure that I introduced our agency, Life of Hope Foundation Canada, which changes lives by providing a permanent solution to help at-risk and homeless youth and rescuing them from the streets.”

“Our primary goal is to reach out to our community especially the unemployed, youth in the shelter, high school student and the orphans all over the world,” Onile said, adding: “Providing educational awareness, support and help to those in need.”

She also stressed: “There are so many children and youth out there sleeping on the street with no future, and we must take immediate action to help. The sky is the limit for the youth.”

“We are now appealing to the public to help fund the building project, and after completion, part of the building will be used as a Trade Skills Centre for the unemployed youth and homeless family,” Onile further stated.

According to her, those who will benefit from the foundation’s generosity are the youth and less privileged individuals in Nigeria and Canada.

She added that the NGO had previously partnered other organisations to help the community, particularly in Canada while plans have been concluded to expand its activities in Nigeria, where the orphanage center is to be located.