LUCIFER The Kidnapper Killed In Porthacourt 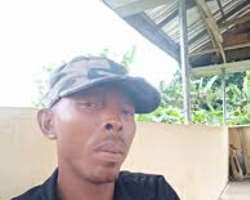 The most wanted notorious kidnapper from Egamini Rundele, in Emohua LGA, Ekweme Brown Ike ,aka LUCIFER has been killed by Men of the Operation STING, in a STING Operation led by the Commander, Acp Shem Evans.

He is responsible for all the kidnappings and hijack of Commercial Buses on the Ndele axis of the East/West Road.

The entire Rundele Community has thrown into a wild jubilation as a result of his death.

Meanwhile, efforts are on to arrest his Confederates in crime.