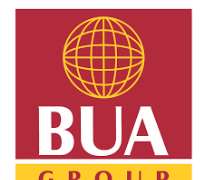 LAGOS - The Management of BUA Ports and Terminal, BUA Group, has urged the Nigeria Ports Authority (NPA) to desist from peddling inaccurate information about their deliberate, quick and illegal decommissioning of BUA Terminal in Port Harcourt, Rivers State without following due process.

Responding to statements credited to the Managing Director of the Nigeria Ports Authority, Ms. Hadiza Bala Usman stating that the decision was taken for health and safety reasons as a result of failure of the terminal operators to reconstruct the berths, BUA disclosed that the NPA failed to carry out any of its own obligations under the Lease Agreement which are necessary and required for any meaningful reconstruction to take place. Neither has it responded to BUA's several requests for approval to perform remedial action on the berth.

Notwithstanding, BUA said they had contacted a renowned construction company to effect the needed repairs at the terminal and thereafter paid the sum of 4.7million euros but lamented that approval letters sent to the NPA for work to begin were without reply thereby making any construction work impossible. BUA also said the failure of the NPA to provide security for the terminal as required in the lease agreement has given way for nefarious activities of hoodlums and vandals who over a period of time cut the pipes and steel beams of the berths thereby affecting their stability and consequently making remedial works imperative.

In another statement by BUA Group, they described attempts by the NPA to ensure it decommissions BUA Ports and Terminal without due consideration for arbitration or the subsisting court injunction, as scripted and in total disregard for due process and the rule of law.

According to the statement, "It is gratifying to note that the MD of the NPA admitted issuing a Notice of Termination but interestingly omitted to acknowledge that NPA failed to abide with the provisions of the Lease Agreement especially the dispute resolution provisions. The Agreement provides that certain steps must be taken where there is a dispute which if cannot be resolved amicably, should be referred to arbitration.

"As a responsible corporate citizen, which appreciates the coercive powers of the NPA as an agency of Government, BUA approached the Federal High Court for the protection of its rights and investments. The court dutifully granted an injunction restraining the NPA from giving effect to the Notice of Termination and also ordered parties to proceed to arbitration in accordance with the terms of the Agreement. In essence, NPA was enjoined to await the outcome of the arbitration proceedings.

Rather than wait for the outcome of the arbitration proceedings, which NPA itself had initiated, NPA again issued a letter decommissioning the terminals, which is tantamount to an effective termination of the Agreement, ostensibly relying on a letter written by us requesting the approval of NPA (as required under the Agreement), to carry out remedial works.

"We restate that there is no provision under the Agreement enabling NPA to decommission the terminals neither is there anything in our letter to the NPA that to suggest that the remedial works required to be carried out on the berths affected requires a closure of the entire Terminal.

"We note the statement by the MD of NPA alleging that BUA Ports and Terminals failed to reconstruct the berths as a purported reason for the said termination. It is however interesting to note that the MD of NPA failed to state that NPA actually failed to carry out any of its own obligations under the Agreement to date, which obligations are necessary and required for a concomitant obligation by for any meaningful reconstruction. For instance, the NPA has the specific obligation to dredge the ports, repair, renew, rebuild the quay walls and provide security for the terminals. It did not do any of these.

"It was the failure of the NPA to provide the required security that led to the nefarious activities of hoodlums and vandals who over a period of time cut the pipes and steel beams of the berths thereby affecting their stability and consequently making remedial works imperative.

"Our stance is that the NPA under the current management should desist from misleading the general public with inaccurate statements and deliberate misinformation.

"We restate that disputes are not resolved on pages of newspaper, twitter accounts or other social media.

"We believe that if the NPA has confidence in the merits of its case, it should as a law abiding Agency of Government and creation of statute, diligently prosecute its claims in the arbitration". BUA Group added.

It should be noted that BUA Group had recently announced that it would commission its newly constructed flour, pasta and sugar plants in Port-Harcourt.