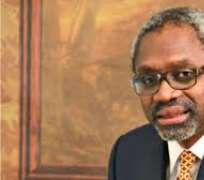 Following motion moved by member representing Bama, Ngala and Kala Balge federal constituency at the lower chamber of the national assembly on conditions of internally displaced persons (IDPs) in Borno state, the Speaker House of Representatives , Hon. G. Femi has set up an ad hoc committee to visit Borno state on fact finding on living conditions of IDPs in camps and to report to the house for further necessary action.

The 8-man Committee led by Hon. Igaruwey Enwo was Friday in Maiduguri and visited Gubio IDPs Camp located along Gubio road and Bama town to assess facilities and welfare of the IDPs numbering about 30,000 from 10 LGAs of the northern part of the state.

The committee also paid courtesy call to the Theater Commander, Operation Lafiya Dole, Theater Command Headquarters Maimalari Cantonment Maiduguri where they commended the efforts and sacrifices of the military in the fight against boko haram insurgents and solicited for more security to be provides to the IDPs at the IDPs camps in the state as well as provide security and access for the IDPs to their farmlands to earn a living.

He also assured the military of the readiness of the national assembly to ensure the provision of adequate funds for the operations among other logistics while assuring the military's full support to their demands and speedy passage of laws for the military to function effectively and efficiently in it's restoration of peace in the state and region.

The committee chairman further called for synergy between the collaborative agencies and government to end the one decade insurgency while praying for the repose of those that paid the supreme price while in active service to their fatherland.

He said: "During our engagement with the Theatre Commander and the Air Chief here in Maiduguri, there is clear nexus between the success of their operations and welfare of IDPs .

“When you talk about the IDPs going back to their homes, there are two basic things we look out for. The IDPs return must be voluntary as we cannot force them to return to their liberated communities.

“They will return at their own free will that yes, I feel like returning to my home. “The second one is the safety of communities. This will prevent the returnees from danger or further conflict.”

The committee was also at the Shehu of Dikwa's palace, HRH, Alhaji Muhammad Ibn Masa II El Kanemi Al Amin to solicit for the support and cooperation of the traditional council in the fight against boko haram insurgency and improved welfare of the IDPs.

They assured the royal father that the national assembly will do everything possible to ensure speedy relocation of the IDPs back to their communities to continue their normal life, pointing out that, as citizens of the country, they also deserve the rights and privileges being enjoyed by other Nigerians as Nigerians and the speaker has shown great concern by visiting some IDPs and states to show concern of the lower chamber as well donated food items and drugs.

The Chairman of the Ad-hoc House Committee on Internally Displaced Persons (IDPs), Hon. Igaruwey Enwo; further said that the National Assembly will adopt the Kampala Convention to overcome challenges of living conditions in camps.

He also noted that the Ad-hoc committee, will also partner with relevant agencies in the resettlement process of the IDPs to their communities in Borno state at their will but not compulsory in accordance with the Kampala Convention.

Also briefing newsmen Friday in Maiduguri on the findings of committee's visit to IDPs camps in Maiduguri and Bama, Enwo said there were serious issues and challenges in the camps visited by the committee members surrounding basic facilities and amenities apart from food.

“Based on the practice of the Parliament, we came to see the situation on ground and go back to report to the house. And such report is expected to address the challenges identified, particularly, on the living conditions and infrastructures of IDPs in camps.

"Issues of sanitation, housing, education and basic necessities to life, which IDPs are entitled to in camps, are very important even though the people are displaced from their communities, but they have not lost their rights as citizens. They are still entitled to all the good things we are entitled to as citizens of the country,” Enwo said.

" There is an international convention, The Kampala Convention that governs how IDPs should be treated and Nigeria, is a signatory to the Convention. The ad-hoc committee report is expected to be submitted, to domesticate its instrument", Enwo added.

He noted also that the Kampala Convention has provided a holistic approach to the issues of IDPs in the country, " so there are a lot to be done".