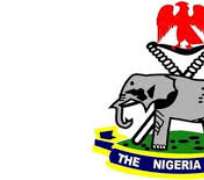 A Septuagenarian, Oyedeji Sunday was remanded in police custody by a Magistrate Court in Osogbo today for giving false information to the police.

He was said to have claimed that one Alhaji Morenikeji Sikiru kidnapped his son in Osogbo whereas it was not true.

Inspector Lamidi Rasak told the court that the 7-year-old man committed the offence last year April and was released on bail then.

He said the man was asked to report back at the police station but he did not come back.

Rasak added that instead of reporting back to police, the accused person was threatening the life of Morenikeji and that his conduct constituted breach of peace.

Magistrate Risikat Olayemi reminded him in police custody. She adjourned the case till 27th of September.