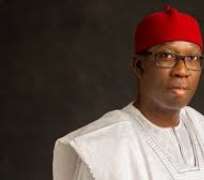 In a research carried out by the Center, it was discovered that the work place is unconducive, lacks schools and hospitals as children of workers trek long distances to get to school and health facilities.

The Senior Program Officer, Nkechi Odinukwe, Tuesday at a sensitization Programme in collaboration with the National and Delta state chapter of Nigeria Labour Congress (NLC), decried the inhumane treatment melted on plantation workers by their employers.

She said the workers suffer from poor salary, deductions and corporative money due them are not also given to them.

She also disclosed that their only source of water is contaminated by cows which deficates on the water, stressing that some of the the government farm settlements lacks access roads.

She called on the government to review the policy objective which established the farm settlements, stating that they are not also allowed to join unions.

Chairman of the occasion and Nigeria Labour Congress (NLC), state Vice Chairman, Okwudi Osita Zico while sensitizing the aggrieved workers said labour would do something about their plights.

He regretted a situation where plantation workers don't have job security and are given whatever their employers desires.

According to him, there are so many job insecurity in the country as the nation still struggles as third world country, "you don't have good working conditions, the system is bad that even when you pay for tax the money are not used properly. If we don't start from somewhere, we will not get to where we desire".

The state Chairperson of the National Union of Agriculture and Allied Employees (NUAAE), Gbemudu Pamela Ifeoma decried the poor working condition and called on members to be resolute and not relent.

Responding, the Delta state government said it would go tough on plantation owners who withhold salaries of their staff, directing marginalized rubber and plantation workers to forward the names of their employers and the companies for onward action.

The state governor, Dr. Ifeanyi Okowa, gave the directives while addressing members of the National Union of Agriculture and Allied Employees with the theme: "Save Nigerian Workers From Modern Day Slavery", before they embarked on a sensitization walk in Asaba.

Represented by the Special Adviser on Servicom and Labour, Mr. Mike Okeme, the governor said "I want to assure you that that salaries, corporative, Union dues, welfare dues and all deductions made from salaries are part of salary and so; no plantation owner can seize part of your salary, especially those from corporatives".

He threatened that, "Any such plantation that have seized your wages, please write their names and the company with a view to giving them a march order within this week and next week and we will also involved the ministry of Agriculture to make sure that these orders are comply with", stressing that solutions are found when issues are brought out to the public domain.