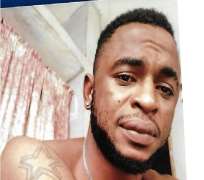 A Press Release signed by the Imo State Police Public Relations Officer, SP Ikeokwu Godson Orlando, dated 17th September, 2019 and made available to newsmen says he is wanted for his alleged involvement in armed robbery and cult-related activities.

“The Imo State Police Command hereby wishes to inform the general public that the above named person ………….has been declared wanted.”

“This is as a result of his involvement in armed robbery, unlawful possession of firearms, cultism and cult related activities.”

“He remains wanted until arrested.”
The Statement urged members of the public to volunteer useful information that will enable the Police apprehend him.