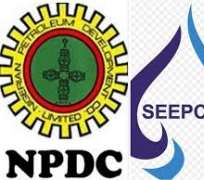 Recently, the president of the Federal Republic of Nigeria, His Excellency Mohammadu Buhari granted Oil mining Lease (OML) 13 to Nigeria National Petroleum Corporation (NPDC) who contracted Technical Services on the Lease to an Indian oil and gas company, Sterling Energy and Exploration Production (SEEPCO) Limited for the development of the OML 13 for the next fifteen years.

The oil Mining Lease is one of the most lucrative oil wells known as Utapate oil field with 32 oil wells located in Iko Town Eastern Obolo of Akwa Ibom State covering the total area of 1987KM2 is 100% owned by the Nigerian Petroleum Development Company (NPDC).

According to the Agreement signed by the Federal Government, NNPC, NPDC and all the stakeholders involved, the company is expected to make its first production on April 1st 2020.

This will certainly leave the host community (Iko Town) and other affected communities with serious devastating environmental hazardous impacts through exploration, exploitation, transportation and gas flaring.

This development has sparked lots of arguments and controversies among the people of Eastern Obolo with respect to whom the company should have Global Memorandum of Understanding with. Some influenced by their inclination and amplitude of understanding are of the school of thought that the Local Government as a whole should have a single Global Memorandum of Understanding with the guest (Sterling Energy) while, others with enlightened opinion accentuate that MoU must be made with the Host community (Iko Town) and other affected communities distinctly and separately.

However, the issue of the company signing MOU with their host community would not have been a subject of controversies if the advocates of Local Government Unified MoU were to fully assimilate the concept of host community in an oil and gas operational areas.

It is unfortunate that people who will not be faced with the problem of battling to survive life as a result of the damaging environmental effects of the operation of the oil and gas actors are against the company signing a separate Memorandum of Understanding with their host. This is barbaric and a display of highest level of wickedness.

They must not be reminded that in 70s when Shell Petroleum Development company carried out oil and gas activities in the same OML 13 Utapate flow station. Iko was lefts with an unforgettable tears flowing scar as a result of the negligence and refusal of SPDC to have MoU with the oil rich community and conduct environmental impact assessment before engaging in the oil and gas production The point made here is that the direct adverse impact was not generally felt by Eastern Obolo as a whole but on the immediate host community (Iko)

Those instigating SEEPCO/NPDC not to sign a distinct Global Memorandum of Understanding were never victims of the evil of the aforesaid oil industry operation in the 1970/80s. Their resistance is unwarranted, a demonstration of ill-fated intendment to see Iko people remain in a tooth gnashing thrash without pity and a display of hatred without cause

Let me state emphatically that settlor with the interest in a licence to prospect for and/or produce petroleum or licensee of designated downstream, midstream asset whose area of operation is located in or appurtenant to any community shall only have well drafted MoU with the host community for the benefit of the community and not the Local Council as erroneously and brazenly canvassed by some local politicians who have failed in the discharge of their responsibilities to the constituents. In this case Iko Community that has the inalienable right to enter into understanding with SEEPCO/NPDC. having possess over 80% of the oil wells.

Moreso, In 2017 Total Exploration and Production Nigeria, a multi-national oil and gas company operating in Rivers State signed two Memorandum of Understanding with their Host: the people of Esi in Ogba/egbema/ndoni Local Government Area Rivers State.

Furthermore, the most recent case took place on 1st July 2019 where an oil giant, SPDC in Rivers State signed a Memorandum of Understanding with the host communities, kula, Belema Offoin-Ama Ibie-Ama, Boro and Opu-Kula located in Akuku Toru Local Government Area of the state to re-open operatio[ns on oil mining License, OML 25, Belema flow station assets after two years’ closure over difference between the host communities and company

In all the abovementioned cases Memorandum of Understandings were signed with the Host communities, not the local Government. It is thereby a show of biasness and envy for anyone to call on the SEEPCO/NPDC to sign GMoU with Eastern Obolo Local Government while Iko the host community with the greater numbers of oil well is supplanted from with inalienable right.

However, assuming that the OML13 covers few oil wells found in other neighboring communities, it would not have to been bad to have separate MoUs with each of the communities these oil wells are situated. This has been a long established tradition in several places in Nigeria

In the case of Total Exploration and Production in Rivers State I earlier cited, the company signed two (2) separate MoU: one with the people of Egi Clan and the other with Egi oil and gas families association. Green Energy International Limited another oil and giant operating in Andoni Local Government Area in Rivers States peace and amiably signed MoU with host community, Ikuru Town and four other affected communities separately. There had never been any traceable story of a single MoU.

It is petty, infantile and embarrassing that some political elites who are supposed to be enlightened and inflame the undereducated with latent wisdom are the advocates of a single Memorandum notwithstanding the enormous benefits associated with having separate MoU.

The incessant calls on the company to bypass Iko people by the ‘’sanballat and tobiah’’ of iko progressm is petty and unfortunate. Iko is focus and determined on their demands and are not perturbed by the evil antics and virulent attacks by their rivals meant to deny them of their right. If any community knows its right, it is at liberty to demand for such.

A careful retrospective search in the archive of history will expose that it was these same ‘’sanballat and tabiah’’ of iko development who in their usual devilish characteristic style and ill manner mortgaged the only bus donated to iko health center by SPDC for quick response to emergency in the hospital, without recourse to a living conscience if at all they possess one.

It is petty, infantile and embarrassing that some political elites who are supposed to be enlightened and inflame the undereducated with latent wisdom are the advocates of a single Memorandum notwithstanding the enormous benefits associated with having separate MoU.

The indian company have graciously in their wisdom segmented the Local Government into several clusters for the purpose of having an Agreement with each differently for equitable distribution of their Social Corporate Responsibilities to the affected communities. If the company does not jettison the concept of separate MoU with each of the cluster, why then do these opportune class allowed envy and hatred to overshadow their sense of reasoning by asking for a single MoU? Damning its consequences.

Let me quickly state that no good memorandum of understanding will be sufficiently drafted to engulf every environmental issues if environmental impact assessment is not carry out. This is because the possible impact assessment will be ascertained and the remedial measures to combat these impacts would have to be integrated in the MoU. The significant effects of the development on the environment may vary from one place to the other. This informed the need for separate MoU with the different affected communities as same will determine the attention to be given to each community for sustainment development compliance

Eastern Obolo can no longer be describe as a pathetic paradox: so rich and yet poor, so endowed and yet mismanaged, so much potential and yet so prodigal. Times have changed and we must change

SEEPCO/NPDC should ignore the enemies of their host; not to be misled by the miffed activities of the miscreant that is meant to thwart federal government effort, bring disharmony and rancor in the area but relates directly and separately and not jointly with all affected communities particularly Iko without further delay

Iko is a land that is blessed by God. I strongly relied on and invoked the biblical saying that who God has blessed no man can curse. MoU with Iko will not in any way preclude other from signing same