The Role Of Parents And Government In The Global  prevention Of Suicide. 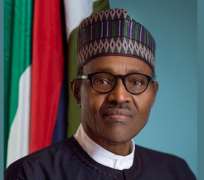 COMMEMORATING 2019 World Suicide Prevention Day (WSPD), two Nigerian Mental Health Physicians, Dr. A. Oyewole and Dr. O.Ibigbami on Tuesday 10th September, 2019 in their submission agreed that the global prevention of suicide in our world today should be the collective responsibility of parents, religious leaders, the media and governments the world over.

They made the assertion in Osogbo, the Osun State capital during a radio interview discussion programme.

Speaking on the history, statistics, causes and prevention of suicide around nations of the world, Mr. ’Femi Olanipekun, veteran broadcast Journalist and moderator of the discussion programme observed that, based on World Health Organization (WHO) global report and statistics, about 800, 000 people commit suicide annually and this indicates that in every second of the day, about 40 people die through committing suicide.

He then asked the discussants to throw more light on how we can in the 21st century curtail or completely eradicate the scourge of suicide in our society.

Dr. Oyewole in his talk believes that suicide is a foreign culture introduced to Africa through civilization. He expressed the fact that in the context of our culture in Africa, suicide is a taboo that can be given so many interpretations or connotation depending on the type or method used in committing the suicide. . He says many commit suicide to protect their dignity or the good name of their family with any crime committed that may attract public disgrace or severe punishment of a prison sentence by the law.

He says many young folks who willingly end their lives by committing suicide are usually those from poor homes and family background.

Many of them he stressed through thick and thin graduated from High school or College and stayed for a long period of time roaming the streets without jobs. Quite a small number of them come from broken homes with single parents who face great difficulties bring up their children. He says, when the worries of life become unbearable or when they are not able to meet their daily needs or family responsibility, they become frustrated, get involved in smoking, drugs, become alcoholic and eventually end it all by committing suicide.

.Dr. Oyewole believes that religion has a vital role to play in the prevention of suicide in our society. He says whichever religion we may profess, whether you are a Christian, Muslim or Traditional Worshiper, living outside the tenets of our faith may weaken our strength to face the challenges of life and this may predispose us to different behavioural actions that may lead to depression and may want to force an individual to commit suicide.

Dr. Ibigbamiin in his own submission stressed that many factors can make an individual want to commit suicide in the course of his or her journey in life. Anyone with suicide intension he says, may be mentally sick. Individual with physical symptoms of mental illness he said, should be helped or made to visit the hospital for appropriate medical check up and care before he or she becomes depressed and lead to being forced to commit suicide.

He says, amongst peers, friends or colleagues, hopelessness and frustration associated with not been able to make it or meet up with the expectation of life are important causes that can also lead young folks to want commit suicide.

Dr. Ibigbami says, amid the crosses, toils and disappointments of life,, many see suicide as a permanent solution to an avoidable and temporary problem.

The duo agreed that everybody in the society has an important role to play in the prevention and elimination of suicide around the world. And to curb the scourge of suicide in the society they say, we must first identify the causes and address them promptly and squarely to avert loss of lives.

The experts were unanimous in their opinion that Parents must eschew love to their children and relate with them in a friendly manner, they must also talk to them decently so that they do not get annoyed, scared, frustrated or depressed to the point of making them to run away from home, abscond from school and eventually pushing them to commit suicide. They urged parents to train their children from childhood, teach them good Christian values, inculcate in them the fear of God and the need for them to live a successful Christian life.

It is important they said, that parents must keep watch over their children and they must be conscious of the type of friends they keep or move with, the changes in their behaviour.

For the success of the global campaign for the prevention of suicide, they called upon the media to intensify their support to inform and educate the people particularly youths who are the most vulnerable group.

They called on youths around the world to work hard to achieve the goals they have set for themselves in life, and as they grow, they must put up courage and ask for the wisdom of God to enable them address and make adjustment to their failures, challenges and expectations and must know that resulting to committing suicide is not the best option or solution to any problem in life. The efforts of Religious leaders they said, can also positively reduce the rate of suicide in the society. They called on governments around nations of the world to address the threat of unemployment in the society, increase support for the poor and needy people in our communities and make policy laws and sanctions that will appropriately address and curb the menace of suicide the world over.

Most importantly they said, love transcends beyond every problem in life. They stressed the need for people in communities around nations of the world to love, keep and watch over each other following the Bible proverbial wise saying : ‘we should be our brother’s keeper.’ Supporting the needy in our neighbourhood they said, speaks volume and goes a long way in preventing suicide.

Above all they warned that we must constantly watch and report promptly and appropriately to Parents, Family members, Friends or the Police or any law enforcement agent nearest to you, any suspected Alcoholic, Drug Addicts, Depressed or jJobless lonely people with the intending mind, behaviour or actions to take their lives.