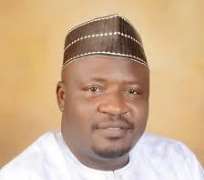 Former Aide of President Muhammadu Buhari, AbdulRahman Sulaiman Kawu Sumaila has been accused of subterraneanly trying to work for the opposition Peoples Democratic Party (PDP) in the contention for the Sumaila/Takai Federal Constituency seat for Kano State, it has been learnt.

It could be recalled that Independent National Electoral Commission (INEC) had in May, 2019 withdrew the certificate of return issued to AbdulRahman Sulaiman Kawu and issued same to Muhammed Shamsudeen Dambazau as the House of Representatives Member-elect for Sumaila/Takai Federal Constituency in Kano State on the platform of the APC.

Dambazau had earlier sued the INEC and Kawu Sumaila challenging the recognition of Sumaila as the candidate of the APC at the election. He had contended among other things that Kawu Sumaila did not participate in the House of Representatives Primary election of the APC and he was the validly nominated flagbearer of the APC.

On April 18, 2019, the Federal High Court in Kano disqualified Kawu Sumaila as the duly nominated candidate of the APC for the House of Representatives election at the last general election of February 23, 2019; hence not the validly returned winner of the election. This judgment was further affirmed by the Court of Appeal Kaduna Division and the Supreme Court.

However in a twist of event, Kawu Sumaila has been reportedly hobnobbing with the PDP in an election petition tribunal court process wherein he had been erroneously sued by the PDP. According to the judgment made available to our correspondent, Kawu’s Lawyer had consented that the judgment been given in favour of the PDP candidate in the petition notwithstanding that the PDP candidate did not have valid court documents nor seek the prayer eventually given in his favour.

It should be noted that in election matters, the tribunal is not allowed and precluded from granting prayers not expressly sought by any petitioner nor prayers not recognized by the Electoral Act.

Similarly, Kawu Sumaila also vehemently opposed the application of the current occupant of the Takai/Sumaila Federal Constituency, Mr. Muhammed Shamsudeen Dambazau who had filed an application seeking permission to be allowed to appeal the judgment of the National and State Houses of Assembly Election Tribunal which had directed the withdrawal of Certificate of Return issued to him/the current occupier and re-issued to the PDP candidate, Surajo Kanawa Kanawa.

In the court processes filed by lawyer to Kawu Sumaila, M.A Kofa Esq, Kawu Sumaila had alleged rather strangely that Dambazau should not be granted permission to appeal the judgment of Election Tribunal which had ruled that the certificate of return be withdrawn from Hon. Dambazau as he did not take part in the substantive election. This is notwithstanding that the courts have affirmed the candidacy and return of Hon. Dambazau.

In the said court paper sighted, Kawu Sumaila directly prayed the court to deprive the party of its seat by making specious claim which run counter to the pronouncement of the Federal High court, Court of Appeal and Supreme Court which recognized the candidacy of Dambazau. Infact, Kawu Sumaila was very active in justifying this which does not only run counter to the law on the point but on the overall interest of the party. His lawyers’ arguments reinforced and aligned with those of the PDP which suggest they were working hand in hand.

In a well considered ruling on the application, the Court of Appeal on the 11th September, 2019, in a unanimous decision dismissed the contentions of the PDP and Kawu Sumaila and granted Dambazau’s application thus allowing him to appeal the decision of the Elections Tribunal which had earlier directed the issuance of the certificate of return to the PDP candidate, Surajo Idris Kanawa.

If the antics of Kawu Sumaila is not stymied or nipped in the bud, the party and its candidate, i.e. Muhammed Shamsideen Bello Dambazau risk losing the highly coveted seat of the Takai/Sumaila Federal Constituency to Surajo Idris Kanawa of the PDP should the case go the other way.

The APC and Dambazau team of lawyers has so far taken all the necessary legal steps to foil this judicial travesty and to ensure the mandate freely given to the party and Dambazau is not deprived of them through the backdoor with the anti-party activities of Kawu Sumaila and his cahoots.