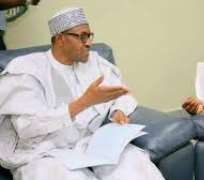 Intersociety Statement, Friday, 13th Sept 2019: The eight-hour judgment of judicial tautology, delivered on Wednesday, 11thSept 2019 by the Presidential Election Petition Tribunal (equivalent of Court of Appeal) is a clear evidence of a new invention by the Nigerian Judiciary of Judicial Demo-Roguery and its implantation into the country’s democratic process. With the collapse of the Nigeria’s judiciary in the country’s electoral midwifery and rule of law particularly as its concerns its independence, impartiality and credibility, democracy in Nigeria is dead and now being buried by its newundertaker-the Nigerian Judiciary.

It also amounts to racing back to the cave from being the Africa’s cradle of knowledge for Nigeria’s seats of Presidential and Gubernatorial powers to be cheaply and illiterately occupied by persons without physically proven or certified educational certificates or qualifications. It is further insulting beyond quantification to the modern day knowledgeable world for the offices of the President and Governor in Nigeria to be allowed to be occupied by persons with ordinary secondary school or primary school certificates-whereas in other social climes, such are occupied by professors and doctorate degree holders with unassailable charismas.

It is, therefore, time to mandatorily, constitutionally and statutorily raise the qualification for the seats of the President and Governor and their deputies in Nigeria to ‘nothing less than Master’s Degree. Ignorance and stark illiteracy must never be allowed a space over knowledge and ideas in the country’s corridors of power. As a jurisprudential tradition in the world over, judicial blunders and disasters such as the instant case arising from apex and appellate decided cases are periodically remedied by ways of constitutional amendments or enactment of new laws to take care of such judicial blunders or disasters. We hereby call on the National Assembly of Nigeria to act on the above without further delays.

The above was the position of Int’l Society for Civil Liberties & Rule of Law, Intersociety, as contained in a statement issued today, 13thSept 2019 and signed by Chinwe Umeche, Head of Democracy & Good Governance, Obianuju Joy Igboeli, Head of Civil Liberties & Rule of Law, Evangeline Chidinma Udegbunam, Head of Campaign & Publicity Dept and Emeka Umeagbalasi, Board Chair ofIntersociety.

First was the upholding by the Supreme Court of Nigeria of a circumstantially established rigged gubernatorial poll, on the grounds that ‘a judge of the lower tribunal excused to ease himself and did not come back to sign his name in the attendance register for the day’s sitting’. Just two days ago, it was similarly in the opinion of the Nigerian Judiciary that ‘a Nigerian can emerge from years of pastoral residency for grazing or animal husbandry in the Sambisa Forest and make it to the seat of the country’s Presidency without tendering proof of formal educational certificate’. The two judgments are expressly worthy of invitation of the authorities of the World’s Guinness Book of Records to have them entered in the Book’s records of infamy.

It is also a widely established fact that courtroom and outside courtroom analyses done since past five years or 2014, particularly from mid 2015 clearly showed that quality of judgments delivered by the country’s Court of Appeal is much lower than those of the Federal, State and FCT High Courts; particularly in matters of election petitions. This is more evident in election matters where the Court of Appeal is constitutionally the final court (i.e. National/State Assembly Polls) as well as cases involving particular state or sectional or party interest. Generally, the Court of Appeal under its current PCA, who retires by March 2020, has been a huge disappointment to Nigerians and a draw-back to the country’s democracy.

Joining the league off late and at torrential frequency is Nigeria’s Supreme Court, the country’s supposedly chief custodian of democracy, rule of law and human rights. The sacredness and sanctity with which the Apex Court is traditionally known for years within the country and beyond its borders is no longer ascertainable and guaranteed. In the past, the judges of Nigerian Supreme Court and those of the Court of Appeal or Federal and State High Courts were so conscientious and respected; knowledgeable, resourceful and gifted with age and good health that they were eminently and prominently appointed into various regional and international justice, diplomacy, democracy, security and research or think tank bodies both as chairs and prominent members.

Today, that hard-earned feat has changed, lost and eluded Nigeria; to the extent that only few of them now make it to such positions regionally and internationally through ‘quota allocation’ or ‘rotational arrangement’ with their tenures beginning and ending in monumental failures. A vivid example is the current tenure of Nigeria’s President of the International Criminal Court (ICC) which is already ending in monumental failure. Apart from Nigerian judgments no longer making the positive international headlines or reference points, the country’s judges have degraded and downgraded themselves to “local champions”. A US law professor recently told us that “present Nigerian lawyers and judges practicing locally and those representing the country internationally are only ‘experts’ when it comes to legal loopholes or finding ouster clauses”. Totality of these clearly shows the level of decadence afflicting the country’s judiciary off late and at high speed.

We are therefore not surprised over the Wednesday’s marathon of judicial tautology, called “eight-hour judgment”. As it took INEC over five days of national psychological ransom to announce the “Presidential Results”, it had again taken the country’s Presidential Poll Court (Court of Appeal) eight hours of rigmarole in its attempt to brainwash Nigerians and members of the int’l community by calling white pot a black pot. This is more so when the saying goes that “truth tellers use active and straight voices, while liars use passive, long and incoherent voices”.

At Intersociety, we expected not the contrary as the outcome of the Presidential Verdict. The case suffered ‘in-chamber frustration and killing’ from the beginning. Despite the limited timeframe of only 180 days constitutionally allocated for the matter involving judicial enquiry into the conduct of the Presidential Poll that took place in 176,000 polling units across the country, over 120 days were deliberately eaten up or wasted by members of the Tribunal including weeks deliberately wasted by the President of the Court of Appeal, Hon Justice Zainab Adamu-Bulkachuwa, while struggling to be a judge in a case with her family’s vested interest. This is more so when the PCA’s husband is now a serving senator and was then a leading senatorial candidate of the federal ruling party/government.

Yet over 120 days were wasted to judicial technicalities and only ten days were allocated to the main petitioners for presentation of their matter and 400 witnesses. This is despite the fact that the petitioners pleaded or lined up 400 witnesses strictly bearing in mind the statutorily allocated 180 days. By the time the Tribunal wound up, only 15% of the witnesses were allowed. Funny enough, the same Court that granted only ten days to the petitioners for presentation of their matter and 400 witnesses turned around and spent eight hours reading its judicially tautological judgment that ended up saying nothing. The Tribunal proceedings were nothing short of proceedings of a military tribunal-where fair hearing is an anathema.

Although we do not intend to say much concerning the sad verdict until it is dispensed and disposed of by the country’s Supreme Court, but one fundamental danger raised in the Demo-Roguish verdict is legitimization of ‘zero formal education and its certified proof’ as one of the qualifications for contesting elective public offices in Nigeria particularly the office of the President. By consequential implication, too, any appointment into public offices at the Federal, State and Local Government levels in the country ‘does not require formal education certificates and their certified proofs’. This is now a Case-Law in place in Nigeria per Presidential Poll Tribunal and Supreme Court.

That is to say that such Case-Law or apex decided case, if allowed, will be a clear invitation to anarchy; with knowledge decapitated and desolated in place of ignorance and stark illiteracy. One of the greatest problems facing the country and its leadership today is that the country’s seat of power is now a seat steered in the direction of stark illiteracy. Granted that arrangement was professorially made to intellectualize the stark illiteracy in the present presidential office but a saying still goes that no matter how brilliant a first school leaving cert holder is he or she can never teach in secondary school, not to talk of in tertiary institution. Also no matter how spiritually gifted a passing six born-again is, he or she can never be allowed as a teacher in a church seminary school.


We therefore call on the leadership of the National Assembly of Nigeria to amend the 1999 Constitution in Section 131 (d) for President/Vice and 177 (d) for Gov/Deputy for purpose of scrapping requirement of ‘Secondary School Cert or its equivalent’ for elective public offices in Nigeria. There shall be mandatory requirement of Master’s Degree in any academic field for position of the President/Vice and Gov/Deputy. For position of the Senate President/Deputy and Speaker/Deputy of House of Reps, it shall be Master’s Degree.

For members of the Senate and House of Reps and those of the 36 State Assemblies and their Speakers/Deputies, at least Bachelor’s Degree shall be required; likewise Chairmen/Deputy Chairmen of the 774 LGAs and Leaders/Deputies of LGAs’ Legislative Houses. For members of the LGAs’ Legislative Houses (Councilors), Secondary School Cert shall be a minimum. For purpose of public scrutiny, they shall all be made public. The amendments or fresh enactments under demand shall contain no ouster clauses or caveats and shall be written in black and white. Such certificates or paper qualifications or certified statements of results with score grades from the awarding institutions (i.e. WAEC, NECO, Universities and other Degree Awarding Institutions) must be tendered and investigated by INEC, SSS and other relevant bodies. These shall be done prior to the polls being contested by the candidates.

Failure to provide the above or manipulation of same shall be criminalized in an Act and made punishable. If it is discovered or found after the defaulter has assumed his or her elective office, he or she shall be deemed as having indulged in ‘gross misconduct’ contained in Sections 143 (11) (for President/Vice) and 188 (11) (for Gov/Deputy) of the 1999 Constitution. That is to say that he or she shall be impeached and jailed.