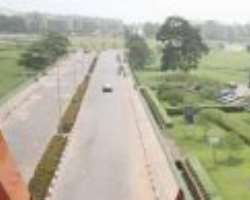 Covenant University is the bsst university in Nigeria, according to the Times Higher Education World University Rankings 2020.

The private institution, promoted by Winners Church, however came in at number 401 globally.

The ranking system, which evaluates 1,400 universities across 92 countries, is the largest and most diverse university rankings globally and is audited by PricewaterhouseCoopers.

The annual World University Rankings, released by Times Higher Education (THE) on Wednesday, analysed more than 1,300 institutions around the world.

There was no change at the top this year, where European and North American universities continue to dominate.

The hallowed University of Oxford took the top spot for the fourth year in a row, with its traditional rival the University of Cambridge dropping to third place behind the California Institute of Technology.

Switzerland was the only country outside the United Kingdom and North America to break into the top 20, with the ETH Zurich coming in joint 13th place.

Ellie Bothwell, THE's rankings editor, said that while Europe continued to perform “extremely well” and attract academics from around the world, there could be challenges ahead.

“Europe must overcome serious hurdles if it is to maintain its strong position in future global rankings. Economic stagnation and increasingly isolationist political tendencies both threaten the positions of European institutions at a time when international cooperation and investment is key,” Bothwell said in a statement.

Iran was one of the biggest overall climbers, overtaking France and Australia with 40 universities included.

None made it into the top 200, however, with Israel's Tel Aviv University providing the Middle East's sole entrant at joint 189th place.

Asia is the only region posing a serious threat to Anglo-American dominance in the rankings, now in their 16th year.

China has grown to be the fourth-most-represented country in the world, while Japan has consolidated its position as the second, though it lags behind countries such as Denmark and Belgium in terms of top-200 representation.

“It has long been clear that the emerging countries of Asia are going to play an increasingly powerful role among the global elite of higher education,” Phil Baty, THE Chief Knowledge Officer, said in a statement.

“Future editions of the World University Rankings will most likely reveal intense competition, and while European and American institutions face significant hurdles, Chinese and other Asian universities have challenges of their own they must meet.

“These include ensuring that the excellent academics they produce do not move abroad to more established institutions in Europe and North America; promoting a culture of scholarly creativity and freedom; (and) boosting ties with nations across the globe.”