Madumere Hails President Buhari On Victory At The Tribunal

Describes Judiciary as an Institutional bedrock of Democracy
By Uche Ogbonnaya 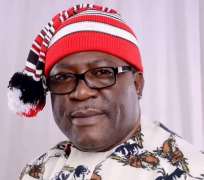 The immediate past Deputy Governor of Imo State, Prince Eze Madumere, has hailed President Mohammadu Buhari on his sounding victory at the Presidential Election Tribunal, upholding his February 23, Re-election victory.

Prince Madumere made the statement immediately after the Presidential Election Tribunal seating in Abuja delivered its judgment in favour of President Buhari.

Said he, “I must use this grandeur occasion to congratulate the President of the Federal Republic of Nigeria, President Mohammadu Buhari on his deserved victory at the Presidential Election Tribunal, affirming his resounding victory in February 2019 Presidential election.”

“Judiciary is very critical to any democracy. I say so because it is the reliable arbiter for justice; it is also the institutional bedrock of democracy because of its powers to adjudicate on issues that could cause instability in the polity. Today, it has adjudicated on issues that has remained in the public domain without any party agreeing based on political leaning...”

It will be recalled that Peoples Democratic Party and its Presidential candidate, Alhaji Atiku Abubakar had challenged President Buhari's reelection on February 23, 2019 Presidential election on the basis of educational qualification, electronic transmission of election results, electoral malpractices and the use of security agencies to manipulate the voting system.