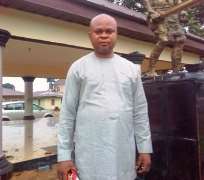 Unless the Federal Goverment (FG), and the Delta state government urgently put machineries in place, the already established Admiralty University and the Federal Government dam project sited between Ibusa and Ogwashi-Uku communities in the state would be scuttled.

The unresolved land dispute spanning over 57 years, enmeshed in chequered legal tussle between the two communities which are not ready to shift ground, has continued to heighten fresh tension within the state capital territory.

The ownership of the stretch of land covering over a thousand hectares, presently hosting a Nigerian Navy stakeholding institution, the Admiralty University and a federal government dam project; has remained the subject of persistent legal contention between the neighbouring communities.

Although the Ibusa community of Oshimili North local government area of Delta state had obtained successive judgments from the lower court up to the Supreme Court spanning over a period 23 years, Ogwashi kingdom, headquarters of Aniocha South local government area, insisted that the judgments in question did not include the areas referred to as Odonkwu in Aboh-Ogwashi, now hosting the Admiralty University and the federal government dam project.

Prior to the lingering legal debacle, a proper court of jurisdiction had given title of the South East axis of the disputed expanse of land to Ibusa community in a suit W/35/55 brought against Olodu community of Ogwashi-uku kingdom in 1955.

Moreover, the High Court of the Midwestern state in the Asaba Judicial Division had also ruled in favour of Ibusa community in 1970 in suit No.A/28/66 between Obi Nkadi Onwordi and three others versus the Obi Ezenwani Ezediunor, Obi of Ogwashi-uku and his community.

But according to the Okwabani of Aboh-Ogwashi and spokesman of Ogwashi-Uku community on the matter, Chief Paul Chiefu Onwuadiamu, their renewed agitation is prompted by alleged subterranean plot by the Ibusa community to subvert the subsisting judgments of the Courts by seeking to annex lands outside the defined areas of farmlands disputed and determined at the Courts, which were captured in the litigated survey plan MWC/102/70.

On the strength of this discovery, the Obi of Ogwashi-uku, Prof. Chukwuma Okonjor declined invitation by the state government, through the Office of the Chief Justice, who had sought "to foster a harmonious way of complying with the Judgment of the Apex Court on issues concerning Land between Ibusa and Ogwashi-uku communities..."

Again, the Okwabani disclosed that Ogwashi-uku community refrained from overtures for mediation by Governor Ifeanyi Okowa, when he sought to intervene on the matter to pave way for the smooth take off of the Admiralty University.

In a letter dated June 8, 2016 to Governor Okowa explaining their position on the matter, Ogwashi-Uku community through their counsel, O. W. Chibuogwu said it was observed that the litigation plan pleaded and used by them (Ibusa community) in that case is not No. NWC/102/70. The plan they used is litigation plan MWC/102/70 prepared Matthias Chukwurah..."

"It is strange that instead of producing plan No. MWC/102/70, Ibusa people are now parading plan No. NWC/102/70. The question marks over the authenticity of "this latter-day plan" is part of what scuttled the immediate past Chief Judge's earlier attempts to resolve this matter amicably by way of mediation", the letter to the governor further read.

Chief Onwuadiamu said it was on this conviction that the Ogwashi-uku community approached the Supreme Court for interpretation of the judgments, when they observed that Ibusa community had "sent a rejoinder claiming that the land in question (Odonkwu in Aboh-Ogwashi) is part of the land adjudged to belong to her by the Supreme Court of Nigeria in Appeal Number SC/32/1985: Ezenwani & ors v. Onwordi & ors and produced one litigation plan No. NWC/102/70 to buttress her claim".

Before seeking the intervention of the Supreme Court, Ogwashi-uku community had challenged Ibusa community to produce the original copies of the said plan Numbers MWC/102/70 and NWC/102/70 or produce the record of the Supreme Court showing when an application to amend the plan used at the High Court and Court of Appeal was granted, adding that "whoever certified plan No. NWC/102/70 to produce the original copy of same for them and Your Excellency to see".