Kashifu Abdullahi: An IT Czar and his holistic vision for National Information Technology Development Agency (NITDA) 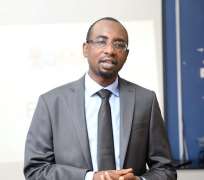 President Muhammadu Buhari’s appointment of Mr. Kashifu Inuwa Abdullahi as the fifth director-general of the National Information Technology Development Agency (NITDA) has attracted applause from IT stakeholders from far and near.

Interestingly, before his appointment, Abdullahi was serving as technical assistant to the immediate-past director-general of the agency and current minister of Communications, Dr. Isa Pantami.

Abduallahi, a graduate of computer science from the Abubakar Tafawa Balewa University, Bauchi, while addressing NITDA staff at the agency's corporate headquarters in Abuja, recently, had said that his vision was to completely transform the agency into a smart organization.

In his words “My vision for NITDA is to completely transform the agency into a ‘smart organisation.

Unknown to many, Abdullahi, a trained strategist with over 15 years of experience in IT operations, business transformation and solution architecture across both private and public sectors, is the architect of cashless banking in Nigeria.

Born on February 21, 1980, the new NITDA DG attended leadership and management courses at Harvard University in the USA, University of Cambridge in the UK and IMD Business School in Switzerland.’

He joined the Central Bank of Nigeria (CBN) as a technology architect in 2014, where he dedicated his time to developing technology architecture repository that gives 360 view of the bank’s IT infrastructure and easy decision on new IT investment. He was part of the team that executed software license rationalization which has increased cost savings for the bank in license annual subscriptions.

Abdullahi was a key resource in the development of IT standards, which has reduced mean time to deploy/integrate new system by over 20 per cent for the apex bank. One of his major achievements as a technology architect was the production of seven solution architectures for critical IT initiatives that helped in achieving cashless society in Nigeria.

He joined NITDA in 2017 as technical assistant to the director general/CEO. While serving in that capacity, Abdullahi managed execution of strategy which has increased ICT contribution to Nigerian GDP by over 13 per cent in Q2 2018. He also coordinated local content initiatives that increased ICT local production by over 200 per cent in 2017. The IT czar also overhauled IT clearance process and encouraged shared services among agencies. This has helped the Federal Government save over N16 billion from IT projects. Abdullahi also oversaw procurement process that has reduced cost of major projects by over five per cent in two consecutive annual procurement cycles.

Additionally, he managed project execution that has implemented over 300 IT infrastructure intervention.

He is also a recipient of 100 Leading Telecom and ICT Personalities in Nigeria – By Association of Telecommunications Companies of Nigeria (ATCON).

With an intimidating profile like Abdullahi’s his appointment as the head honcho of the IT agency will usher in a new dawn as his wealth of experience and passion for service will help strengthen the agency.