Be just in your dealings with Lagosians, MSSN advises Sanwo-olu appointees
By Muslim Students' Society of Nigeria, 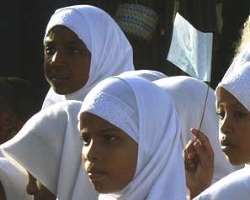 The Amir (president) of the MSSN in Lagos State, Dr Saheed Ashafa, said this in a press statement to congratulate the newly inaugurated executives and announce its announce conference holding on Sunday.

While felicitating with the cabinet members, Ashafa warned them against religious bias and discrimination.

This is as he accused the Governor Babajide Sanwo-Olu led Lagos State Government of "being insensitive to religious diversity in its appointment/redeployment of the permanent secretaries".

Ashafa said, "Those appointed must realise that they are in the position to serve and solve problems not to live large on the masses resources. We pray that their tenure will be full of positivities and improvements via selfless service in office.

"However, we like to reiterate our zero tolerance for religious bias. Our position remains that people of other religions should be allowed to practise their faith while our own rights should not be denied.

"As much as we guarantee the government peaceful engagement, we will not tolerate abuse of rights of our members, especially females who wear hijab to schools as legally backed by the ruling of Court of Appeal."

Ashafa advised the new executive cabinet members to consult their predecessors to avoid crisis in the state.

He also urged them "not to engage in hijabphobia and religious biased acts that could make the students force the governor to sack them."

He added that "In the past, we have had ugly engagements with governments. We hope that court orders and the position of the 1999 constitution of Nigeria on freedom of religion is adhered to."

The students-based organisation leader said the MSSNLagos admires Sanwo- Olu's plans to improving quality of education in the state.

He urged the new Commissioner for Education, Mrs Folashade Adefisayo, to implement technology driven policy that would add value to the current standard of education in the state.

He advocated fairness and equity in appointment of heads of education parastatals and use of hijab for their (Muslim) female pupils.

"We remind her (Adefisayo) that our country is backward educationally and Lagos should be a pacesetters of the required standard to all others in the country.

"We urge the commissioner and other appointees to also avoid discrimination against Muslim students in public schools or disobeying Court of Appeal ruling on the use of hijab, which resulted into a lot of crises during the last administration."