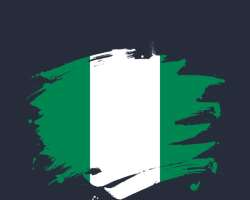 Since the return of democracy in 1999 and even prior to that time, Nigeria has been governed by the same group of individuals. Those that truncated Nigeria’s democracy and have ruled during the military regimes have also returned with their cronies to champion the cause of democracy.

These same individuals have over the years knitted a strong tie with their likes across the geopolitical zones. They decide who gets what, and the tune of affairs not only at the central government but also in state governments of their respective zones and sometimes beyond. The relationship existing among these few individuals is ONLY for their selfish political gains and NOT for the collective interest of either their regions or the nation.

Government after government, these same individuals and their cronies corner billions of dollars through diverse forms of high-level frauds in the name of contracts (which are merely on paper or are often not completed or shabbily done), privatization, subsidy et al. While they loot Nigeria dry, they abandon their regions with their people severely impoverished.

Worst still, our stolen wealth has been stacked in developed countries aiding their economies while ours was thrown into recession and since then has been on the convulsive state, gasping for survival.

They built refineries overseas but never at home. They buy choice properties abroad while their people wallow in want. They buy streets and luxurious houses abroad while their people live in despair. They send their children to foreign schools while leaving those of the masses under the trees and dilapidated classes. They treat the minor of their ailments overseas while leaving the nation with no state-of-the-art hospitals. They insist on consulting foreign-trained doctors while leaving our teaching hospitals in shambles with our doctors poorly trained.

Nigeria is bedeviled with a plethora of issues in need of immediate redress. So long as each sitting government keeps a blind eye on these urgent issues, the people’s patience is tested. Nigerians have been made “the docile masses of an enslaved nation”. Enslaved by their own, enslaved by their kin.

While the pervasive killings and alarming level of insecurity, increasing poverty, hunger, unemployment, sectionalism, injustice, tyranny and lawlessness rabidly consume the nation, the days of the people’s docility and inactiveness are also fast ending.

The government should not expect the people to remain mute and inactive all along; when the state security apparatus can no longer protect them nor their properties or when its military cannot rout the long-dreaded terrorist groups killing hundreds of its citizens recurrently.

When the ruling elites allocate billions of naira to themselves as salaries, pensions and severance package, should the government expect the masses to cheer them up or give them some accolades?

“The schools they didn't build have created Boko Haram, Terrorist Herdsmen, Bandits etc and they have now added Chronic Kidnapping to the legion of madness culminating. The kids they have refused to educate are now tormenting the entire region to the extent that we are now spending billions of borrowed dollars to fight the menace and rebuild after every destruction. Only for it all to be destroyed again”. These were the words of Ettu Mohammed which have rightly heralded Nigeria’s revolution that has gradually begun.

The present government came to power in 2015 through a series of revolutionary protests. In fact, the popularity of APC prior to 2015 elections came to limelight majorly through the subtle hijacking of the occupy Nigeria protest in 2012. They gradually infiltrated the ranks of labor unions, civil organizations and pressure groups. They encourage revolt and protest against the then government. They openly supported civil disobedience , civil resistance , strike actions , demonstrations and online activism . They also used social media to stir up the populace.

For over four years, this regime has failed to massively address those issues they recurrently protested against during the last dispensation. Nigeria is glaringly more insecure today than it had ever been. Poverty and hunger keep soaring higher than the last few couples of years. The fight against corruption has been beaconed on perceived enemies or opposition figures so as to compel others into yielding.

The ruling party that will openly declare that … “once you have joined APC, all your sins are forgiven” without any rebuke from the president that is ‘supposed’ to be arresting looters and recovery our commonwealth calls for a revolution.

With the allegations and counter-allegations of fraud, bribery, corruption and high handedness among top government functionaries in this present regime without any arrest and prosecution calls for revolution.

Despite the arrest of Omoyele Sowore, the leader of the Revolution Now protest and the subsequent arrests, intimidations, clampdown and forceful halting of the protest, the SEED OF REVOLUTION has been sown in the minds of Nigerians. And of a truth, NIGERIA’S REVOLUTION HAS BEGUN.

Nigeria’s revolution has begun in the minds of its people. The days of Nigerians’ inactions and docility has ended. In spite of the threat of arrest and prosecution by the police and government, people still came out to protest. Truth be told, there was no condemnation of the protest by the masses except the ruling elites and the state security agencies.

The major modus operandi of this government is intimidation, hostility and a total clampdown on individuals or groups with divergent views and opinions using state apparatus. This government is chronically allergic to criticisms and opposition, and it is gradually denying Nigerians freedom of speech which is one major tenet of democracy.

If the plethora of issues bedeviling Nigeria are not urgently solved in order to curtail the revolution that has been ignited among the citizenry, I see an army of the oppressed, unemployed, peasants, unskilled etc without a known leader or an arrowhead (in order to forestall the possibility of government’s clampdown) marching on with the revolution songs, occupying Nigeria until justice, truth, equity and good governance prevails.