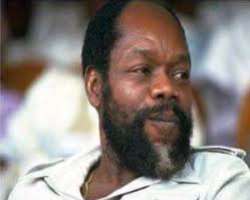 It will amount to gross naivety to think that all commentaries on the death of the Ikemba Nnewi, Dim Chukwuemeka Odumegwu-Ojukwu, would be tribute to his person. More so, when some of the commentaries issued forth from the area whence the crisis that made him a historical figure spun. I have lived in anticipation of dissentient opinion and was not surprised when they began to stream in torrent. But the level of bias astounds.

There was a palpable tone of revisionism, impugning the subject and his role in history. Opinions canvassed were laden with lies and half truths. One of the writers, Mohammed Haruna, believes that Ojukwu’s “huge ego” rather than the genocidal killings of the Igbos was responsible for the unfortunate war that claimed millions of lives. He goes further to question Fredrick Forsyth’s declaration in his book Emeka,that until he (Forsyth) met Ojukwu, “he never knew of an African who had charisma”. Mohammed sees in that declaration either a “sheer propaganda” or an untenable judgment made by someone who has limited knowledge of Africans. But he still accepts that the subject under review was “hugely charismatic” at least, enough to inspire admiration and enthusiasm in his Igbo compatriots, without which he admitted, the war would have come in vain.

Apart from efforts of one or two mercenaries from the said countries like Taffy William, Rudolf Steiner etc, Nigeria relied more on the worst enemies of Africa to prosecute that war than did Biafra. Countries like Britain, Russia, Italy, Egypt and others had no better history of relationship with Africans than the aforementioned. In his eagerness to suck up credibility, he reeled out the atrocities of the “enemy countries” to include military patronage to Jonas Savimbi’s Angola and segregative rule of the white minority government in South Africa. But he failed to tell his readers what gave rise to mau-mau resistant army in the British controlled Kenya; or how Commander Marshal Badoglio of Italy levied unconventional war of subjugation against the people of Ethiopia; or that Egypt did not indulge Sudan any better than her more recent colonizer, Britain. The supposed friends of Africans did not only supply arms to Nigeria but practically fought alongside them. For example an entente hitherto unimaginable between Russia and Britain was achieved for purpose of unleashing unmitigated terror on defenseless Biafran women and children by Russian Illyushin jet bombers.

I do not wish to presume on what instigated the two writers to this questionable engagement. But a recurring motif could be deciphered. Diminish the dead, and absolve the masterminds of the 1966 pogrom of guilt which history necessarily hangs on them. Mohammed in his effort to sustain his puerile argument had to belabor an autobiography written by one Mallam Magaji Dambatta, himself a Northerner. But he would not regard Emeka, a biography of the Ikemba, written by the British writer, Forsyth. Mohammed thinks an autobiography from Dambatta should be more credible than a biography from Forsyth. Because the latter was described in the book’s blurb by the publishers of Emeka, Spectrum books Ibadan, as a friend and confidant of the Ikemba, his account should be discountenanced. “Friends and confidants”, wrote Mohammed, “are much more likely than not to be subjective in their assessments of each other”. But let me refer the likes of Mohammed to this book Nkrumah-The man, written by Genevieve Kanu, a friend and confidant of former President Kwame Nkrumah of Ghana. Her assessment of the subject was as dispassionate as it was untainted by their close relationship.

Regardless, Dambatta’s autobiography which Mohammed relied on to re-write history is not without its limitations. First, the account did not state whether the efforts of the leaders of the North brought all the riots or some of them to an end. Because it was on record that some of those who heeded the call to return to the North after several massacres were slaughtered, this time, with greater intensity. Needless to say that the number totaled in the periodic attacks was heart rending. It was its frequency and goriness that made even the weakest in the Biafran enclave to urge secession as a possible reprieve. Unless Mohammed is saying that even with the failure to bring the killings to an end Igbos should have stayed back to be killed the more.

Still from his credible mine of information, Mohammed recalls: “After upbraiding the mutineers, Shuwa (an Lt.Col. and regional army commander) instructed the most senior sergeant major to order them to disarm. The sergeant major did, but they refused to disarm. A furious Shuwa took over and asked them to disarm. Again they refused. Three times he asked them and three times they refused. Shuwa then reverted to Hausa and abused them as being unworthy soldiers. He then asked them one more time to disarm. To everyone’s great relief they obeyed this time”. The account was that Lt. Col. Shuwa had earlier dispatched loyal troops who rounded the mutineers up at Bakuvu barracks. But instead of effecting summarily punishment as was deserving of a crime as serious as mutiny the soldiers were merely abused in Hausa before they could disarm. Funny! Mohammed knows very well that mutiny is a serious offence in the army that needed little of the ceremonies employed by the commander. Reverting to Hausa also meant that the commander spoke earlier in another language, possibly in placation rather than abuse.

Balogun was even more flimsy in his attempt to diminish the man. He seemed bothered that the Ikemba Nnewi was regarded by “well-intentioned folks” as having lived for Nigeria. Not one to subscribe to such thinking, he believes Ojukwu did more to break Nigeria than the folks imagined. For proof, he cited the Aburi Accord where Ojukwu would have effected that, having ‘suckered his less well-educated military colleagues”, according to him, “into signing”. What an inane line of thinking! Either Balogun was a minor at the time of the war and had to rely on information from the feeds or he was downright mischievous. Ojukwu was among the crop of officers who stood against the disruption of the first Republic. He did not only frustrate the young majors who overthrew that government, but insisted that seniority in assuming the exalted position must prevail. Babatunde Ogundipe’s case was another example. After the war, on return from exile, he was on the forefront of those who urged a strong and united Nigeria. It is doubtful if the twosome can claim to be more patriotic than Ojukwu, the war notwithstanding.

For others who are apt to peddle the view that Ojukwu’s ego rather than the genocidal killings of Igbos triggered the war, this excerpt from Soyinka’s tribute will suffice: “Even the most implacable enemy would hardly deny that his position transcended individual judgment, that it rested firmly on the collective will of a people, while they awaited the decisiveness of a responsive leadership”. Let history be the ultimate judge.