The Nigerian revolution will be televised 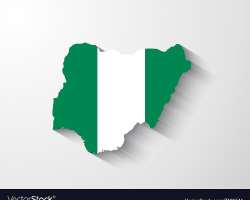 The whole of last week was one hell of a week, it was work, work and travels, I was equally en-route several time belts and weather. In between I was in Jos, Plateau state and I was reciting in my head Gil Scott-Heron's the revolution will not be televised...

and no pictures of hairy armed women Liberationists…

About a whitetornado, white lightning, or white people

a tiger in your tank, or the giant in your toilet bowl

The revolution WILL put you in the driver's seat

The revolution will not be televised
As, I tried looking deep into those lines, and the context, localizing it, my thoughts drifted to Sowore my friend, the revolution now, the government and her now-known reactions to such issues. I wondered where we got it wrong, if we ever had it right, why we had politicians instead of leaders, people instead of patriots, the kidnaps, and the slow reenactment of old Kigali, and current Mogadishu in Nigeria, I equally painfully accepted that we have taken a few positive strides but our revolution if it does occur will be televised.

Because we cannot just continue like this, the army reportedly ambushing the police to free a kidnap kingpin, or the entire Kaduna-Abuja highway in an 8 hours gridlock because of less a N500 bribe that cost a driver his life.

As I reflected more on these, in the middle of a discussion that I was barely following, my driver blurted into my thoughts, “this country will break...everybody will go home to his/her place”.

So before I share my answer to my chauffeur popularly called ‘Brazil’, let me take us somewhere near the middle of that century, it was a revolution that wasn’t televised!

On 6 August 1945, the United States military dropped a bomb that contained 64kg of uranium-235 over the city of Hiroshima (Japan). The bomb took just over 44 seconds to fall from 9,400 metres and detonated 580 metres above the Shima Surgical Clinic. Over 80,000 people died instantly. This was the first use of the nuclear bomb.

Four days later, Satsuo Nakata brought the Domei New Agency’s Leica camera to the city. He took thirty-two photographs of the devastation; each of these pictures – archived in the Hiroshima Peace Memorial Museum – is iconic. The force of the bomb flattened the city, even though less than 2% of the uranium detonated. Nakata took a picture of the office of the newspaper Chugoku Shimbun and of the Odamasa kimono store. The store’s metal twisted into a whirlwind. It is a sign of the power of this weapon. As Toge Sankichi, a hibakusha (survivor of the atom bomb) and poet, wrote of that power and its impact, as the fires burnt down from the bomb’s power in a city of 350,000: ‘the only sound – the wings of flies buzzing around metal basins’.

I told ‘Brazil’ that we will not break, that we will have a war worse than Hiroshima, not sure he knew where that was, so I told him worse than Biafra, more gruesome than Boko Haram in the entire Northeast. We would have a revolution in Nigeria would be on TV because Nigerians are mute, not asking for accountability because of that popular phrase ‘E nor consign me’.

Every Nigerian plagued with the ‘what’s in it for me syndrome’, no one cares if he/she are not direct beneficiaries, we don’t care if there’s minimum wage as long as we don’t work in the sector. People can die in Borno, they are after all killing themselves, I will supply humanitarian aid, or any supplies.

There will be a televised Nigerian revolution because Nigerians are largely tribalized, if he is not from my tribe, there’s no good in it, when we win, it is Nigeria, and these days we hardly win; but when there’s a problem, it’s an Igbo problem, or na Yoruba man do am, they were all speaking Fulfulde, those Calabar people…The hate quotient is increasingly choking with every conversation.

The ‘Do you know who I am’ phenomenon will cause revolt. It will be televised. The masses will go for those people, will loot, and burn, and kill those set of people. They forgot that we should be first Nigerians before we bother about who anyone is; the do-you-know-who-I-am people who created one law for the rich and the other for the poor will be targeted in the revolution.

Your boys are loyal, loyal to APC, loyal to PDP, loyal to the Pastor or Imam but no one is loyal to the flag, loyal to the constitution, our loyalty question that, is the reason we assume how Christians/Muslims do, will spark a revolution. Because really, how do Christians do, how do Muslims do? Our loyalty blinds us and weakens us; we become a praying people that are so lazy. We look for solace in, ‘let us pray, only God can save us and it is the will of God.’

There’s a coming revolution because we believe others are doing it, and getting away with it. We justify actions because the former government did it. So it’s our turn and if you are not happy wait for your turn.

In my scattered thoughts I wondered how the Nigerian revolution was going to pan out, Congo would be child’s play compared to the nightmare that Nigeria would become if we do not get our acts right, with ethnic militias and warlords each claiming territory and small and medium arms available to every and any clan; Indigenous natives versus settlers, faith based gun-cuffs and natural resources to gun duel over, our revolution would be televised.

There is revolution that is coming, the talakawas will revolt against the masu-kudi, the mekuno will fight the rich, officers in all forces will realign, it is coming, it is not a Sowore matter, the DSS will be at loss, it will be televised, in the social media, on regular media, if we don't want it, the call is ours, our pretenses that all is well are becoming real, before the cistern explodes let us act, for only time will tell