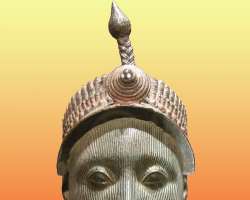 The Group in a press release by its National Public Relations Officer, Comrade Adeshina Akinpelu said that the congress was not surprised that security agencies in the country are yet to arrest the killers of Funke Olakunrin, saying that a Fulani-headed security in the country will never arrest or expose the criminally-minded ones among them.

OPC added that it would have commenced its plan tagged ‘Drive Out Criminally-minded Fulani Herdsmen in Yorubaland’ after the expiration of its 21-day ultimatum if not for the intervention of some Yoruba Obas and leaders who had prevailed upon the congress to exercise patience and caution on the matter. “Due to the ‘Omoluabi concept’ and respect that is the hallmark of Yoruba culture and tradition; we have decided to listen to our elders in Yorubaland that comprises of Obas and other leaders to exercise patience on the matter.

They have appealed to us not to begin full implementation of our plan immediately after the expiration of our 21-day ultimatum to security agencies to fish out the killers of Funke Olakunrin and other Yoruba sons and daughters whose lives criminally-minded Fulani herdsmen have snuffed out.” The Group added the intervention of some Yoruba Obas and elders to meet with President Muhammadu Buhari and heads of various security agencies on the matter will only put on hold the plan of the OPC to drive out criminally-minded Fulani herdsmen, other criminals and their accomplices among Yoruba people for another seven days after which there will be no going back. “Our Obas and elders who have appealed to us to exercise patience should know that our patience is out of respect for Yoruba culture and

tradition and we will only give additional 7-day ultimatum to security agencies to fish out the Fulani herdsmen responsible for the death of Funke Olakunrin.”

OPC added that it is grateful to over 100 militants Yoruba groups and notable Yoruba activists who have declared their support to OPC in its quest to rid Yorubaland of criminally-minded Fulani herdsmen and other criminals terrorising Yorubaland and also their accomplices in Yorubaland.