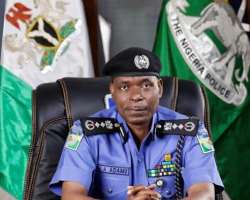 Onitsha, Eastern Nigeria: Sunday, 4th August 2019: The Nigerian Democracy has speedily moved from its daily deterioration and degeneration in present time to hourly same; with what remains as its infinitesimal semblances disappearing without traces. To add salt to injury, the Nigerian Army, the Nigeria Police and the SSS (internal intelligence outfit) have now unveiled themselves as official enemies of democracy in Nigeria. This they now share in common with the country’s malevolent and conscienceless political actors and the earthly paradized religious leaders as well as their foot-soldiers in the Civil Society including some lawyers, activists, mainstream media practitioners and bloggers.

It is saddening and heart-breaking that the publicly armed and catered persons (i.e. members of the army, police and internal secret services) have not only now turned and privatized their publicly procured public defense and security weapons against the general Nigerians and their properties; but also joined the country’s criminal entities (i.e. Boko Haram/ISWAP, jihadist Fulani herdsmen and street criminal entities and persons) in levying war against the general Nigerians.

Dangers Of Shrinking Civil Space: The constant issuance of threats of force and use of same by the authorities of the Nigeria Police Force, Nigerian Army and SSS against unarmed and defenseless Nigerians particularly members of democratic forces or expressive democratic forces who organize or involve in pen and voice protests or open street protests or ghost street protests is a further indication of how dangerously the professional ethics including democratic guidance and advancement, of the trio of Nigeria Police, Army and SSS has decayed.

Apart from now joining hands in total destruction of the country’s democracy, the trio, till date, has no answers to the country’s unchecked killings and property crimes and destructions. What truly remains of the trio is reactive policing or securitization or medicine after death security approaches. Issues of preventive, proactive, electronic and intelligence policing or securitization are no longer locatable anywhere in the confines of the trio; except chasing, threatening, corking and shooting innocent and defenseless Nigerians with reckless abandon; while at the same time red-carpeting, celebrating and shielding the criminal Nigerians and their entities.

Dangers Of Criminalization Of Constitutional Civil Liberties: The authorities of the Nigeria Police, Army and SSS are dangerously criminalizing the country’s constitutional civil liberties. This they do with reckless abandon, aided by former members of the Nigerian mainstream rights community who are now part and parcel of the APC led central Government of Nigeria. In furtherance of such criminalization, the sacred provisions of the country’s Fundamental Human Rights provisions contained in both 1999 Constitution and the Rights Treaty Laws of the Federation are criminalized and observed in dangerous breach.

While the citizens’ rights to life, strengthened by Sections 258 and 60 of the Criminal Code Act and the Penal Code Act (for Southern and Northern Nigeria) and dignity of human person or freedom from torture, strengthened by the newly enacted Anti Torture Act of 2017; are clearly and unambiguously provided in the constitutional Sections 33 and 34; Sections 35, 36 and 40 guarantee the fundamental rights to personal liberty, fair hearing and peaceful assembly and association. Importantly, Section 36 (8) and 36 (12) of the same Constitution as well as the country’s Treaty Laws also clearly provide for freedom from criminal labeling and stigmatization including retroactive criminalization, punishment and treatment.

In this respect, therefore, the authorities of the Nigeria Police, Army and SSS have not only grossly disrespected and undermined these sacred provisions, but also turned themselves into an outlaw. They now pronounce death on any citizen or group of citizens and have it carried out to the letter. Outside the confines of the country’s body of laws including the Rights Treaty Laws and the Constitution, they have ‘manufactured’ their body of laws called ‘National Security and National Interest Laws of Nigeria’; under which civil space and other attributes of democracy are not only caged or stifled, but also have their utterances militarized and their guns flimsily corked and shot in the direct or close range of thousands of unarmed, defenseless and innocent citizens of the country particularly members of the hated and criminalized ethnic or religious nationalities or dissent class.

Prosecutorial Difficulties Arising From Criminal Labeling Of Innocent Nigerians: It must be noted too that owing to hate or wicked and other unprofessional handling of the public security and policing in the country per criminal accusation, arrest, detention, investigation and prosecution, neither the Police nor the SSS has since 2015 judicially sustained most, if not all the spurious felonious charges slammed on the wrongly accused, arrested and detained citizens. Most, if not all of such trumped up charges have ended up in prosecutorial vindictiveness or long pre trial detention amid physical and psychological torture and custodial deaths. In other words, not even a single conviction has been secured by the State of Nigeria against any of the wrongly accused, arrested and detained citizens, accused of ‘treason’, ‘treasonable felony’ or ‘terrorism’ since its riotous beginning in 2015.

No Answers To Unchecked Killings & Property Crimes: Till date, neither SSS with its so called ‘internal intelligence master-ship’ nor the Nigeria Police Force with its litany of intelligence, detection, investigation and operational offshoots has provided concrete intelligence, investigative and operational answers to unchecked killings and property crimes ravaging the country. Till date, the real culprits are on the prowl, walking the streets of Nigeria freely and wearing long chaplets marking them out as ‘uncaught repeat offenders’.

Season Of Killing & Abduction Of Catholic Priests In Nigeria: Not less than six Catholic Priests have been targeted and shot dead by Jihadist Fulani Herdsmen and other marksman entities in Benue, Enugu, Anambra and Delta States in less than three years: 2016-2019. Apart from the recent abduction and killing by Fulani Jihadists of Rev Father Clement Ugwu of Enugu Catholic Diocese in March 2019 and Rev Father Paul Offu of St James Greater Catholic Church, Enugu State on 1st August 2019; the Catholic Church in Nigeria have also lost not less than four Priests mostly to Jihadist Fulani Herdsmen between late 2016 and beginning of August 2019; with not less than ten others kidnapped or abducted.

While Fathers Joseph Gor and Felix Tyolaha were gruesomely murdered by Jihadist Fulani Herdsmen, alongside seventeen other worshippers on 25thApril 2018 in Benue State, three Catholic priests (Fathers Dim, Ezeokana and Chukwuemeka) returning from Nsukka to Onitsha and Nnewi were attacked by Jihadist Fulani Herdsmen in Sept 2016. The attack took place along Nkpologwu-Nimbo Road in Enugu State. One of them later died. On a separate place the same Monday 26th September, 2016, a Vincentian priest whose name was not given was also kidnapped with his brother along Abuja Lokoja express way. Another Catholic priest, Rev. Fr. Emmanuel Ugwu had earlier been kidnapped on August 9, 2014 along Ugwuogo-Nike-Opi Road, Nsukka. Few weeks back, a senior seminarian was killed in cold blooded in Attakwu, Enugu State. Five pastors of the Enoch Adeboye owned RCCG; all Igbo citizens were abducted on Friday, 2ndAugust 2019, but later freed; with identities of their abductors and offense crimes shrouded in secrecy and controversy by the Police. The five Igbo-pastors are: Deaconess Ibelegbo Chidinma, Chidozie Eluwa, Chiemela Iroha, Okoro Ohowukwe and Ndubuisi Owuabueze.

In November 2018, four Catholic Priests were kidnapped in Delta State. They were identified as Rev Frs Victor Adigboluja of the Ijebu Ode diocese; Anthony Otegbola, Abeokuta Diocese; Joseph Ediae, Benin Archdiocese; and Emmanuel Obadjere, Warri Diocese. They were abducted by suspected Jihadist Fulani Herdsmen between Agbor and Umutu in Ukwani Local Government Area of Delta State. In Jan 2019, another Catholic Priest, Rev Fr Isaac Agabi was abducted along Auchi-Igarra Road in Edo State. He was the priest in charge of Holy Name Catholic Church, Ikpeshi. In Dec 2018, two Catholic Priests were abducted by gunmen suspected to be Jihadist Fulani Herdsmen. The two Priests were of St Teresa’s Catholic Church Umueze Anam in Anambra West Local Government Area of Anambra State. The source said the priests were abducted at Umuleri while returning from an official function.

Ignorance Over Protest As Foundation Of Democracy: Part of professional daftness of the authorities of the present Nigerian Government particularly its heads of Police, Army and SSS is their gross ignorance or pretended same over the existence of protest as the foundation of democracy and relationships between members of the human family and between humans and their environment. From the formation of human fetus to its growth, protest abounds. The kicking of the fetus inside its mother’s womb is also a protest; likewise the sexual intercourse that gives rise to its formation. In political governance realm, protest is at the core of its foundation. Stifled protest gives rise to embryos of conflict called politico-social disputes and when ignored or badly managed such as suppression and brutal criminalization, they can result to widespread or intractable conflicts including under-ground radicalization. The present Government of Nigeria and its heads of Police, Army and SSS must therefore avoid taking the country to the perilous path of refugee camps and complex humanitarian emergencies.

Sowore & Ors Must Be Freed Unconditionally: The Nigerian Government must direct its DG of SSS to release detained Publisher of Sahara Reporters, Omoyele Sowore and others like him already arrested or to be arrested. It is sad that the same Government that is sponsoring by proxy the anti Amnesty Int’l protests could turn around to declare dissenting street protesters as ‘persona non gratae’ in Nigeria and their protests as ‘terrorism’ or ‘treason’.