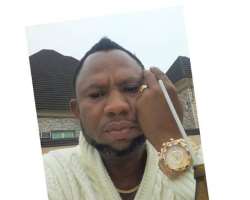 A Nigerian inmate at the Kaliti Prisons in Addis Ababa, Ethiopia has died after an undisclosed ailment.

The deceased whose identity was given as Odemu Efe, was said to have hailed from Warri area of Delta State.

He was among about 150 abandoned Nigerians at the prison facility where they are being detained on the awaiting trial roll in the North-East African country over unproven allegations of possession of hard drugs and money laundering.

Diplomatic sources said several of the inmates have fallen ill recently apparently due to malnourishment as they are allegedly fed once a day on a meal of white rice, without sauce, all year round.

A concerned Nigerian, Miss Chika Nwachukwu two months ago raised the alarm about the poor condition of the inmates, after which officials of the Federal Government assured that the inmates were not abandoned.

Late Odemu according to a source, died on July 13 as a result of poor medication when he took ill, adding that all efforts to draw the attention of Nigerian officials to his deteriorating condition failed.

The source accused Nigerian officials of showing lack of concern about the welfare of the inmates in the foreign land, noting that there was lack of commitment on the part of the home government to facilitate their repatriation even when the Ethiopian authorities are willing to release the inmates.

"As we speak, some inmates are very sick and they are not getting good medicare. Nobody knows whether they will survive since Odemu died in similar condition.

"The Federal Government should please activate the relevant ministries and agencies to bring succour to these citizens languishing in foreign land by bringing them back home.

"Most of them are willing to be responsible for any cost incurred in the process, and they are also ready to face trial at home for the alleged offences for which they are being detained," the source stated.

Besides, the source appealed to the chairman of South East Governors' Forum and Governor of Ebonyi State, David Umahi to mobilise stakeholders in the region to free the inmates, claiming that over eighty percent of them are from the South East.

According to the source, the governments of other African countries including Kenya, Sudan, Eritrea, whose citizens were also trapped in the Kaliti prisons, activated their foreign missions in Ethiopia to set their nationals free.