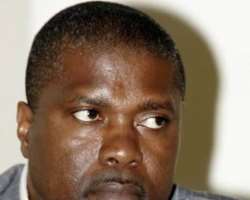 The National Legal Adviser of the Peoples Democratic Party, PDP, Barr Emmanuel Enoidem says elections were canceled in some polling units and wards in Etim Ekpo local government because materials were hijacked by armed thugs.

He also said that the thugs who were brought from Edo state in 50 buses were arrested by the police and they confessed that they were paid by APC and Mr Nsima Ekere to come and cause instability in PDP strongholds in the state.

Mr Emmanuel Enoidem, the National Legal Adviser of the Peoples Democratic Party and the state Collation Agent of the party in the state for the Presidential and National Assembly elections as well as the Governorhip and State House Assembly Elections, held on March 9, 2019 stated this while testifying as the first witness of the 1st Respondent, Mr Udom Emmanuel as he opened his case at the Governorship Election Tribunal sitting in Uyo.

Enoidem, under cross examination by Prof. Ernest Ojukwu,SAN admitted that he voted in his local government, and that elections in units in three wards were cancelled due to the thuggery.

The former Commissioner in the state executive Council lamented that hijacked materials and INEC officials were taken to Chief Godswill Akpabio's house in Essien Udim for massive electoral fraud, hence most cancellations by the electoral commission.

Earlier while being led in testimony by Chief Assam Assam, SAN Enoidem tendered all Unit Results (Form EC8A) and Local Government Results (Form EC8B), Form EC8C, Form EC8D and Form EC8E including the CTC of the receipt of payment to INEC in application for the forms tendered.

Under Examination by Uko Udom SAN, appearing for the 2nd Respondent, PDP, the witness affirmed his evidence in chief and stated the role he played as the state Collation Agent of the PDP.

Answering questions from the 3rd Respondent, INEC Counsel, Sylva Ogwemoh SAN, the witness affirmed that he was at the INEC office at the state and participated in the process of the collation of results from all the Local Government Areas in the state.

He stated that he took part in the collation exercise in concert with over fifty other political party agents, including Ambassador Sam Akpan who was the state Collation Agent of the APC in the state.

The court room however experienced a mixture of excitement and disquiet when the Petitioner's Lawyer, Ernest Ojukwu, SAN attempted to force the witness to respond to questions on documents he neither made nor tendered.

Efforts made by Ojukwu, SAN to cross examine the witness on voter registers met the stiff opposition of Assam Assam, SAN who objected to such questions being put to the witness.

The tribunal panel chairman, Justice A. M. Yakubu, upheld the argument of Assam Assam , SAN and held that, "the witness could not be cross examined on documents neither made nor tendered by him".

The case was consequently adjourned to August 1, 2019 for the continuation of hearings.