Attack on journalists in Ebonyi Assembly: How I was hit on my belly by House member, pregant journalist confesses ...attacks most unfortunate -Ebonyi NUJ 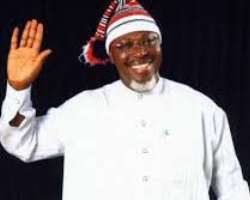 As reactions trail the attack on jourmalists by thugs at the Ebonyi State House of Assembly, another aspect of the incident was today revealed as a female journlist confessed her ordeal.

Speaking exclusively to newsmen, the victim and correspondent of Tribune Newspaper, Mrs. Grace Egbo who is pregnant stated that a House member, Hon. Nkemka Onuma hit her on her belly without any form of consideration.

Narrating her ordeal, Grace said: "As the impasse ensued at the House of Assembly, representive of South West state constituency, Hon. Onuma hit me on my belly. Am pregnant. He didnt even apologize for his action but rather worked away from me.

"Am going to see my doctor. My head, eyes and body are now paining me. The attitude of this House member is unbecoming and dishonourable. He should be called to order."

He was reported to have threatened to stop Journalists from covering the acitivities of the State House Assembly.

Reacting, the Vice Chairman of NUJ, Ebonyi state, Mr. Benjamin Nworie stated that: "I feel saddened that the most incompetent Ebonyi Lawmaker, Nkemka Okoro Onuma should supervise and coordinate attacks on journalists in Ebonyi state. NUJ in Ebonyi state highly condemns the attack pepetrated by the thugs working for the white beared lawmaker.

"Though looked sick for an undisclosed ailment, the action of the Lawmaker has thrown members of the fourth estate of the realm into panic in the state.

"Through the command of the Lawmaker, or obviously working to impress their paymaster, the thugs brought into the assembly complex by the serving lawmaker, Hon. Nkemka Onuma unleashed mayhem on journalist including the reporter of the Nation newspapers, Ogochukwu Anioke and many Journalists. Anioke was said to have been whisked away by sympathizers as the aggressive thugs locked the gate of the assembly complex.

"They were trying to get further clarification on the controversial disparity of the educational certificates presented by a Commissioner nominee, Stanley Okoro when the Lawmaker started shouting at the Journalists which attracted his thugs to start attacking the Journalists

"The attack is most unfortunate at the time when the state governor, David Umahi has launched total clampdown on all forms of social vices in the state. It is therefore worrisome to note that Nkemka has not contributed meaningfully to the legislative growth of the state but has constituted himself as a threat to practicing journalists in the state.

"The unfortunate incident therefore demands that the leadership of Ebonyi state house of assembly should assure and guarantee the safety of Journalists covering the state legislative arm, for actions like the one executed by Hon. Nkemka Onuma is not healthy for the state.

"An unreserved apologies should be extended to the NUJ family in Ebonyi state by the leadership of Ebonyi state house of assembly for attacking her members including a pregnant journalist. Security agencies should also brace up and ensure the safety of Journalists in the state.