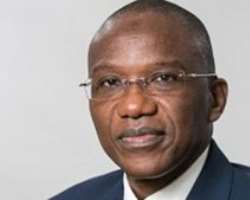 Asset Management Corporation of Nigeria (AMCON) is worried by the calibre of persons on its debtors list, many of which occupying top government positions.

The Managing Director/Chief Executive Officer, Ahmed Kuru, who was a guest speaker at the July 2019 edition of the breakfast meeting, organised by the Nigerian – American Chamber of Commerce, gave the indication that the country faces the the risk of never recovering about 5.5 trillion naira of bad loans.

These loans were taken over from the books of banks after the consolidation exercise during a banking crisis more than a decade ago.

Kuru blames delays in litigation for slowing the recovery process, and tepid economic growth for weighing on the ability of businesses to survive.

He said that the corporation was working with other agencies such as the Economic and Financial Crimes Commission (EFCC), the Independent Corrupt Practices and other Related Offences Commission (ICPC), and the Nigeria Deposit Insurance Corporation (NDIC) to produce a full-length television documentary of notorious and recalcitrant obligors of AMCON.

Ke said the idea was to document in a permanent format for generations yet unborn, to know the so-called big men and women that were behind the over N5tn debt burden, which AMCON was battling to recover.

The worrisome aspect of issue, he said unlike what happened in other climes, was that these obligors still manipulated their way to emerge as members of the national assembly, ministers, chairmen and women of big organisations and pro-chancellors of universities.

Kuru said, “Sadly, these are the calibre of people we respect in Nigeria but these people are not role models. How can you be a role model when you cannot honour a simple obligation? That is why I have been consistent in the call for the return of the failed bank Act. The way we are handling the issue in the country suggests that we are encouraging a lot of financial rascality. People have to be held accountable for their actions, which I believe would serve as deterrent to others.

“All economies all over the world depend on the financial infrastructure for growth. If we allow or encourage the destruction of the basis of our financial structure, then the economy would not grow. These are men and women who go to banks, borrow monies with no intention to pay and in the process bring down banking institutions. It takes a lot for a bank to fail. AMCON just rescued Skye Bank with an investment of nearly N1trn.”

Amcon needs to recover the outstanding debts to enable it to meet obligations to the Central Bank of Nigeria, which provided the cash it used to repay holders of bonds issued to acquire the loans, he said.

The CEO, was quoted in Bloomberg version of the story, as saying that extending the operations of Amcon beyond its 2023 deadline will do more harm than good, because that could encourage bad behavior in the financial industry and among borrowers.

“The federal government should be appropriating the money yearly,'' required to meet its obligations should the bad debts are not recovered, Kuru said