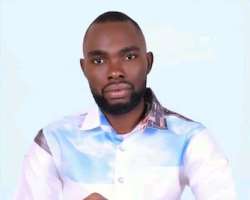 The Biafra Nations Youth League, BNYL, has declared that the former surrender of Republic of Biafra by Major General Philip Effiong was invalid.

BNYL said there was no signed document to prove that the people of Biafra surrendered in 1970.

Addressing newsmen today in Calabar, Chief Press Secretary of BNYL, Comrade Kufre Obot said the surrender speech of Philip Effiong has no document backing it, "Effiong was wise enough not to endorse his surrender speech by signing any paper, if there was any document then they should provide it".

The group maintained that the people of former Eastern region were not conquered by the government, and the Fulani Oligarchy with the help of Great Britain, adding that the misunderstanding among the tribes of the east forced Effiong to suspend the war, " the war was only suspended based on the internal wrangling in Biafra then, mistrust and lack of confidence on Ojukwu and Effiong by those who were made to understand that our initial secession was about their oil" Obot said.

He claimed that the civil war was clearly against the Igbo and Ibibio-Efik people who were major actors in the Biafran army "people see the present day Cross River and Akwa Ibom people as weak set of people because we don't trouble the State since after the war, but have forgotten that we were in the front with the Igbo during the war. Have they forgotten what happened to them at Obubra and Ikot Ekpene, what about the Eket commandos.

We suffered the same fate with the Igbos in 1966 pogrom in the North and our fathers in Nigeria Army had no choice than to pull out when Igbos were pulling out. The immediate reason Effiong suspended the war was due to the starvation in Biafra then.

I call it suspension because the Fulani and their sponsors are trying to revive the war by using Ruga as a tool but they should know that this is not 1967, the world is now digitalized with technologies everywhere, and this time around no Philip Effiong is in Akwa Ibom for another peace"

Kufre Obot revealed how Fulani has taken over some towns in Cross River State in the name of cattle ranch, "the lands were given to them when we do not know who they were, not now again, they should prepare to leave on that 30th July ultimatum given to us in the North."