Beyond Ethnic Chauvinism and Ethnic Strife 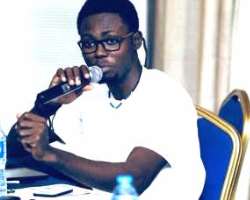 Nigeria is dangerously dancing on the brink of complete collapse and unimaginable catastrophe. Ethnic chauvinism and ethnic strife are on the ascendancy. The cloud of doom is hovering over the present and future of this country; and the unending spiral of terror, scattered and organized instances of violence, and widespread insecurity continues to ruin whatever is left of our national fabric.

Figures from the Nigeria Security Tracker indicate that about 25, 794 Nigerians have been violently killed between June 2015 and May 2019, due to the worsening insecurity crises in the country. More than half of the deaths were recorded in the Northern part of Nigeria. Boko haram, rampaging herders and state security agencies, in that order, are captured as the perpetrators of these killings.

It is, however, instructive to note that there seem to be two kinds of reactions to killings and atrocities in this country. And each of these two reactions seems to have its attending peculiarities.

On the one hand, there is the active reaction which is usually defined by the assertive or emphatic reaction of citizens and political elite to a tragedy or killing of a member of the elite or a person who enjoys considerable popularity in the society. In cases like this, for instance, the recent killing of the popular Yoruba leader Pa Fasoranti’s daughter by suspected Fulani herdsmen, the reactions are always emphatic. The death of Pa Fasoranti’s daughter incited an unusual rage and avalanche of commiserations from the political elite and masses alike. Instructively, even the moribund log of wood that was rigged into office to oversee the affairs of 200 Million people wasted no time in calling Pa Fasoranti to commiserate with him – a gesture that is rooted in elitism and hypocrisy.

On the other hand, there is the passive reaction which is usually defined by the bland or mild reaction of citizens to a tragedy or killing of a common man or unpopular person. Excepting isolated instances like the Agatu killings which whipped up widespread outrage, and other atrocities of that kind (which in any case only whip up a transient reaction from Nigerians before it is forgotten in another twenty-four hours); the passive reaction of ordinary Nigerians to the killings of ordinary people in this country is simply unsettling. This passive reaction, I believe, protects the repugnant culture of complacency in Nigeria’s political leaders, and their wicked attempts at advancing divisive narratives and sentiments, instead of genuinely tackling and solving problems.

Nigeria’s leaders have proven time and time again, that they attach little value to human life. From the president, lawmakers at all levels, to the governors, local government chairmen and traditional leaders; their response to tragedies – whether passive or active - is often determined by the social class of the victim. Save the very few instances when the transient heat from the public made it hard to ignore the violent killing of an ordinary person or group; or instances when it was politically beneficial to put on an act.

I will be the first to admit, however, that the ever-worsening spate of violent killings across the country, makes my faith in Nigeria shaky and weak; and in my moments of despair I am filled with doubts – that this union – this Nigeria, might not survive the current whirlwind of terror and violent killings, especially those which are evidently perpetrated by herders who share the same ethnic identity with the president. What's worse, I think, is the complete absence of remorse and responsibility; from both the killers and the president, who, before he was elected into office in 2015, and rigged into office in 2019, did not publicly disclose that he was going to be president of murderous herdsmen only, and constantly absolve them of responsibility whenever they commit atrocities.

And like me in my moments of doubts, so many Nigerians are losing faith in Nigeria. Most of the despondent citizens in Nigeria are calling for the break-up of Nigeria – and who can blame them? The incessancy of these killings and the attitude of the president are completely demoralizing. The assumption is that things would get better if every group enjoys a greater autonomy to cater to its people independently.

Nonetheless a dispassionate view of the country’s epileptic security situation from left to right, firmly inspires a different perspective in me: the incompetence of the president and our present political leaders, should not merely incite an impetuous call for dissolution, rather it should cause us to profoundly interrogate the role of our political elite in the woes that have befallen our country.

If you are thinking right now, that I am saying the descent to ethnic-chauvinism or ethnic-nationalism (as chiefly demonstrated by the incumbent president), and the allied fear of such agenda which fuels the calls for disintegration, is a faux pas that is far worse and costly to the people of this country, then you are most certainly right.

It is incumbent on us as citizens of this country, drawn from different ethnic identities, desirous and truly deserving of better conditions of living, to understand that the problem of Nigeria is not an ethnic problem but a class problem. And this is the fundamental problem that all the people from different ethnic groups in this union called Nigeria must pay attention to.

As a matter of urgency, we must think deeply about the future of this country. More countries around the world are expanding the range of their national discourse; they are constantly debating taxation, healthcare, climate change, artificial intelligence, women in STEM, women in politics, big data, internet theft, the medical, economic and recreational use of marijuana, and so on; but we, on the other hand, are still trapped in the web of primitive problems like electricity, basic education, basic infrastructures, etc. The world is moving at supersonic speed, and we must either fall in line or be consumed by ethnic bile.

It is rather too advantageous to our oppressive political elite, for we the people from over 200 different ethnic groups in this geographical space called Nigeria, to call for the disintegration of Nigeria, when either the existence of Nigeria, or her dissolution, will only benefit the same set of monsters who have perennially subjected us to the chronic system of deprivation in this country.

Perhaps it is time for us to consider the fact that the significations of insecurity, poverty, terrorism, poor housing, poor medical care, low wages, poor education, and other societal ills, are the same in Kano, Katsina, Kaduna, Borno, Bauchi and Adamawa, as they are in Imo, Rivers, Edo, Ogun, Osun and Lagos; that the number one enemy of Nigeria, is not the average Fulani, Igbo, Yoruba, Efik or Izon man or woman, but the present president of Nigeria Muhammadu Buhari, followed by the treacherous political elite, who condemn atrocities only when they are the victims, or when it suits their insidious motives and caprices.

Perhaps we need to ask ourselves why northern Nigeria still scores highest in the figures on poverty, diseases, out-of-school children, etc., even after northerners have ruled Nigeria for over 42years since the first republic (including the first four years of Buhari in the present fourth republic); and why southern Nigeria remains underdeveloped, and rife with nearly zero presence of quality life and amenable living conditions, despite being in power for over 16years since the first republic. Both the northern political elite who have enjoyed the most time in power and their counterpart from the south, have woefully failed we the people of Nigeria.

And so we must ask ourselves whether the cost of disintegration is any different from the cost of a Nigerian revolution. We must ask ourselves whether the benefits of a disintegrated Nigeria will be any different from the benefits of a Nigeria that works. I say this because I believe that at the core of the calls for disintegration, is the affliction from decades of oppression and chronic deprivation. But why should we allow the same social issues which unite the political elite for their egocentric reasons, continue to divide we the oppressed people in this country?

And though I understand that the growing relapse into ethnic cocoons is a function of the foregoing, I must also mention that such a thing is merely troglodytic. For if we truly wish to live peacefully as a people, we must first destroy the elite conspiracy against we the people of this country, and eschew ethnic chauvinism and ethnic strife which have perennially divided us, and embrace what unites us which is our common desire for better living conditions.

To be clear, General Buhari is not the solution to Nigeria’s problems – and will never be. Neither is the dissolution of Nigeria, nor the current political elite the solution to the ills of our society. We must focus on the only thing that can rescue this country – a revolution of the masses of the people – everyone wallowing in the miseries created by the chronic system of deprivation in this country. We have nothing to lose. We are already on the fringes.

But I must admit, as I conclude, that when moving forward becomes too difficult, a return backwards might be the only choice. If salvaging Nigeria becomes too difficult – if the combination of all aggrieved forces of the masses fails to establish a paradigm shift through a genuine Nigerian revolution (which by the way is highly unlikely) – then the relapse into a cocoon of ethnic-nationalism would be inevitable.

Adebayo Raphael is a Writer and Human Rights Activist. He writes from Abuja and can be reached on Twitter via @Asorosobioro.