The Edo State House Of Assembly Door And The Last Stand 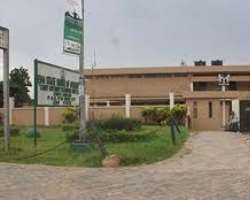 There is no attempt to compare America with Nigeria, but the understanding of historical time which has no geographical boundaries is essential to the current Edo State tumult, brouhaha, and fracas.

On June 11, 1963, Governor George Wallace of the State of Alabama in the United States of America, disobeyed the law of the United Sates to racially desegregate the school system so that blacks and whites can attend the same school together; as a result, President John F. Kennedy stepped in authoritatively.

Governor Wallace then stood in front of the doorway of foster auditorium at the University of Alabama in order to deny the admission of the two Black students, Vivien Malone and James Hood into the all-white university. With President Kennedy’s order, Army General Henry Graham in a face to face confrontation, ordered Governor Wallace to step aside, saying, "Sir, it is my sad duty to ask you to step aside under the orders of the President of the United States. The students got in.

On July 5, 2019 in the online newspaper, The Nigerian Voice, I published an article titled , “Edo State Power Versus National Government Authority, How Will It End?” and in the article, I opined that “The Nigerian democracy, like all political systems, must rests on norms, and the only way our young democracy can be saved, is the believe that rules can only save us if they are agreed upon and fully respected; and a fair and independent judiciary which is the cornerstone of our democratic system is our only hope. Let’s wait and see how all this end”.

Members of the House of Representatives have now given a one-week ultimatum to the Edo State Governor, Godwin Obaseki, to issue a fresh proclamation for the Edo State House of Assembly or face the Alabama type treatment due to the overwhelming Constitutional oversight and powers at the federal level.

I take a neutral position to this domestic political battle between the former Governor Adams Oshiomhole and the current state Governor, Godwin Obaseki, but for the good of the people and in the best interests of the Edo citizens, I believe this matter needs psychological understanding, meaning that this matter is now bigger than these two individuals.

It is now squally about the Constitution of our young democratic and growing nation where in “The National Assembly shall have power to make laws for the peace, order and good government of the Federation or any part thereof with respect to any matter included in the Exclusive Legislative List set out in Part I of the Second Schedule to this Constitution...”

In one of their conclusions, the federal parliament on Wednesday, July 17, 2019, asserts that “All Members of the Edo State House of Assembly, both those who have been inaugurated and those who have not been inaugurated should dissolve their factions in the interest of peace and stability of the House with the view to moving the State forward…The Inspector-General of Police (IGP) and the Director-General (DG), Department of State Service should shut down the Edo State House of Assembly and provide adequate security to allay further fears of intimidation and threat as alleged by Members-elect,” the recommendations read…The House agreed that where the above recommendations fail, the National Assembly shall invoke the Provisions of Section 11(4) of the 1999 Constitution…which empowers it to take over the State House of Assembly until the situation normalizes…”

The now illegitimate Speaker of the Edo House of Assembly, Frank Okiye, as declared by the Federal Parliament, whether one sees him as a victim or perpetrator, unfortunately he is cut between the lingering and ruthless competition between the two main individuals. Okiye, is in a 'hard place' and how he frees himself mentally and emotionally is uncertain, but I wish him well.

If truth be told the minute that the two executive warriors failed to listen to the sacred words of the Oba Ewuare II, the monarch of Benin sought aid from President Buhari to bring order to Edo State.

This was further complicated by the fact that majority of the members-elect of Edo State House of Assembly reportedly fled to Abuja due to alleged threat to their lives which makes it more formidable for the Constitution to win.

The current judicial coverage from Justice M. G. Umar of a Benin Federal High Court will not withstand the higher up Courts because of the supreme law of the land is on the side of the Constitution.

To ensure that right to freedom of peaceful assembly the rule of law must prevail. We have enough unnecessary killings and mayhem upon the innocent people of our young but troubled nation, as such let’s ensure that peace is in place once and for all. Let the news be that we obeyed the law, and we kept the peace. My message to all is let Democracy win!