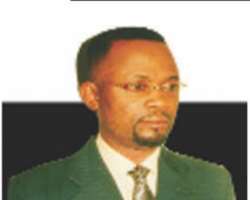 The Vedic religion’s principles were so designed that good population might prevail in society for the all-around spiritual progress of the state and community. Such population in society depends on the chastity and faithfulness of its womanhood. As children are very prone to being misled, women are also very prone to degradation. In the words of sage Canakya Pandita, “Women are generally not very intelligent and therefore not trustworthy”.

In the great book of Abd-ru-shin entitled ‘In The Light of Truth 1’ page 148-149 he says, “But womankind of today trample underfoot their real power and their high mission, they blindly overlook them, wantonly destroy all the sacred gifts they carry within them, and instead of being an up building influence they bring about disintegration, thus being the most poisonous element. They push men as well as children down with them into the abyss… Accursed be these empty human beings! They are not the victims of circumstances, but they have forced these circumstances into being”.

The Koran says, “God sets forth, for example to the unbelievers, the wife of Noah and the wife of Lot: they were under two of our righteous servants, but they were false to their (husbands), and they profited nothing before God on their account, but were told “enter ye the fire along with (others) that enter” Koran 66:10. The Ashuric/Syraic (Arabic) word ‘fakhaanataahumaa used in the above comes from it root word ‘khaana’ or ‘khaa’in’ meaning to be treacherous, perfidious, unfaithful. It also means acting treacherously which relatively means a lot, like being unfaithful, acting unfaithfully to confidence, to mention but a few. It is in reference to ‘waala’, that the wife of Noah (utnafishtim) a prophet, and Sabriyya, the wife of Lot, a faithful servant to the most high. Both of these women were disobedient to their husbands and received severe punishment.

The Bible says, “It is better to dwell in the wilderness, than with a contentious and an angry woman…” Proverb 21:19. The etymology of the word contentious may be traced to Aramic (Hebrew) word ‘maw-dohn’ which means to ‘strif, contentions and comes from the root word ‘mad-doo-akh, which means seduction, enticement, from which you get the modern word ‘Madam’. It is better for a man to live in the wilderness than to live with an argumentative woman. I am not in any way propounding new theory and I am not at the same time calling women devils. The point however is that some women are evil as a result they do not portray the ideal philosophy of human progress. There are some good women too who work very hard for the progress, sanity and sanctity of their society. To those noble women I congratulate them as they shall soon be rewarded by divinity positively.

As a scholar, I must confess that the woman world is the world of reality. Another interesting point is knowing the true meaning of word ‘devil’. The word devil is from Greek word ‘diabolos which means ‘slanderer’. Now the word slanderer according to Webster New Encyclopedic Dictionary is a noun and means, ‘the utterance of false changes or misrepresentations which defame and damage another’s reputation’. This word is from Middle English ‘sclaundre, slaundre, from Old French esclandre, from late Latin Seandalum meaning stumbling block, offence, a defamatory statement about a person. The original King James Version of the Bible regularly translates daimonion as devil. This has led to endless confusion. The English word devil is actually derived from the Greek word diabolos, which has no direct relationship with daimonion. It is obvious that some women are slanderers but not demons or Satan. Therefore those who lifted up their stones to cast on me should drop same in pity because women (wonderful creatures) are highly equipped with the greatest delicacy of intuitive perception.

In the words of Margaret Mead, “Women want mediocre men, and men are working to be as mediocre as possible”. In the world of man, just as God is inactive without the devil, so also men are incomplete without women hence men are seriously heading towards the path of mediocrity in order to please the women folk. Men are simply glorified slaves and most intelligent women are aware of this. In their nature, they attempt to keep men in error for them to perpetually manipulate our consciousness. A situation which propelled Noel Coward to say, “Certain women should be struck regularly, like gongs”. Dr. Rebecca West disagreed and silently enthuse, “The main difference between men and women is that men are lunatics and women are idiots”. To all extent I agree with Dr. Rebecca because there is a great woman behind every lunatic man. No wonder Friedrich Nietzsche says, “Two things a real man likes are danger and play. He likes women because they are the most dangerous playthings”.

There is a serious argument hitherto going on among scholars concerning the nature of women. Some say they are not created well (according to the account of the Bible, Koran and other holy books), few say they are stronger than men hence the common slogan, “whatever a man can do, a woman can do better”. It is consequent upon this that made Margaret Thatcher to infer, “If you want anything said, ask a man. If you want something done, ask a woman”. It is this superiority in women that made Charles Baudelaire to conclude, “The man who gets on best with women is the man who knows best how to get on without them”. Thanks to Soren Kierkegaard for his philosophy of salvation from the woman’s cocoon. He says, “The great trick with a woman is to get rid of her while she thinks she is getting rid of you”. Albert Einstein’s experience made him to enthuse, “When you are courting a nice girl an hour seems like a second. When you sit on a red-hot cinder, a second seems like an hour…”

From the foregoing, it is very obvious that no matter how happily a woman be married, it always pleases her to discover that there is a nice man who wishes she were not. Women do not find it difficult nowadays to behave like men, but they often find it extremely difficult to behave like gentlemen. Recently a friend of mine told me of what happened in his office, he said that a particular woman came into his office and introduced herself as Chief… and he consequently asked her of her Lolo (being her husband) and she frowned. The topsy-turvy of our tradition has changed our society to something else. Before now, the chieftaincy title is exclusively reserved for men while their wives become Lolo after conferment. Today, the reverse is the case. The gospel of equality with men informed by women liberation has eroded our traditional values. While in America I came across a particular Bible where the feminine pronoun was used in the place of God the creator, instead of the masculine pronoun. Is it because women claim that they are holier than men? Yes their minds may be cleaner simply because they change it more often. A terrible situation which made the great philosopher Anon to conclude, “Women will be the weaker sex as long as they are strong enough to get away with it”. In a lighter mood Stuart Turner says, “If you think women are the weaker sex, try pulling the blankets back to your side”.

A woman who strives to be like a man lack ambition because there is no way a woman can be like a man. For instance, if a man is the bread winner, the woman will be happy, but the moment the woman becomes the bread winner, the man loses his value. I am aware that Adam may have had his troubles, but he never had to listen to Eve talk about the other men she could have married. I remember my interaction with Oprah Wilfred some years back when she said, “…if you are a woman living, you’ve been done wrong by a man”. Women can be better behaved if they decide to be spiritual. We have had enough of this disgraceful conduct. A woman of today is certainly ashamed of wearing a long dress if fashion decrees a short one, but she is not ashamed to expose almost three-quarter of her body, offering it to glances of all on festive occasions. Oh women the beauty of creation!

When will you realize that you are made to beautify creation? When shall your uncontrolled mentality of material acquisition come to an end? When will you stop hurting men? When will you understand how to use your tongue rightly in order to promote peace, harmony, unity, justice and equity for which you are created? When shall your no cease from becoming yes and vice versa? Oh when shall your going to Abuja, Lagos, Calabar and Enugu be truly for seminar, workshop and training and not otherwise? The world will know true peace only when some women decide to answer these questions.