Look Over Here, Look Over There, Hatred Is Everywhere! 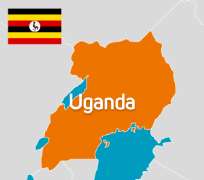 The government of Uganda has indeed lowered their concerns about many problems but I think the public perception of westerners, particulalry Banyankole and Banyarwanda, shouldn't be ignored anymore. "speculation" is of course, wrong, but reading people's comments on social media after the death of brother Aine Mugisha(R.I.P), one would think that Banyankole are a special brand of Ugandans with probably blue blood,and not normal, like the rest of us. You feel that people are angry with them,and this is something a bit worrying. I remember in history how the Romans burned the Library of Alexandria because it was in their way. What a tragic loss to us all.

Those who don't understand why Ugandans are so angry, you may want to work on what we call "connecting the dots":-

1. Ugandans want Equal Justice Under the Law. They aren't happy that Kanyamunyu and Gen.Kayihura got bail but the Muslim sheiks and several others, more or less in the same category, are still in prison. They arent happy that Kittata was found guilty but Kayihura is free; Denish Kananura run to Lobdon after reportedly murdering someone- he later came back to Uganda and he is free, e.t.c;

2.Ugandans want equal access to the national resources. They claim,and justifiably so, that most westerners have unfairly accumulated wealth at the expense of other tribes;

3. There is too much corruption. One can easily write a 200 page book on corruption cases in Uganda since 1986.

4.The 'fat' jobs and state scholarships shouldn't be reserved for westerners. Museveni started a Statehouse scholarship scheme in the 1990s, but the beneficiaries were mostly westerners. He may have had good intentions, particulalry to help out his buddies but he may have gone too far, before understanding the sink hole he created;

5. The appointment of westerners in strategic positions in the intelligence, army and police, Uganda airline, e.t.c, and having everyone report to them, completes the anger cycle. The British Empire had admirals and generals who got their position by birth instead of intellect or performance,and that's partly the reason why it fell;

6. Senseless daily Murders and burglaries are on the rise especially in urban areas. I don't know why its blamed on westerners. I am not sure anyone does, but people are being killed. Some are accusing the security organs of working with thieves to keep the country in a state of lawlesness;

7. And yes, pulling health care from people is murder. There is no other softer definition that is accurate. Actions, or more correctly in this instance, inactions, are a contributing cause of death.People now pay to see a doctor in Mulago which used not to be the case in the past. There's no medicine in hospitals, e.t.c.

To a sceptical eye, much of this will seem ludicrous, but its happening. The beauty of our Banyarwanda ladies has not spared the Banyarwanda hatred either, because of the special favours they've been getting from Mr.Museveni.

Personally, I think there's no justification for taking a life, or celebrating the death of someone, because of their tribe. Imagine how Mugisha's family are feeling right now, especially after reading the negative comments on social media. Something has obviously died in the hearts of Ugandans, and we need to do something urgently. A democratic society must work toward producing the greatest possible number of people imbued with a sense of objectivity, thoughtfulness, and fair-mindedness; people who rely on their own minds and sober value system for independent thought and action.