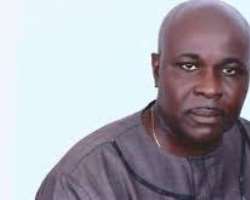 Following the outcry from the Southern parts of the country and the Middle Belt over plans by the government to set up settlements in 36 states of the country for ‘Fulani herdsmen’, (known as RUGA scheme), the Coalition of Northern Groups (CNG) gave the federal government a 30-day ultimatum to go ahead with the scheme. It also gave an ultimatum of the same number of days for all Southerners living in the North to leave. Their argument was that the Fulani are today singled out for profiling and denied access to “ordinary grazing lands and the right to thoroughfare in the South and are being hunted, expelled or slaughtered while southerners are comfortably hosted in northern cities and towns.” At a news conference in Abuja on July 3, 2019, the spokesman of the group Abdul-Azeez Suleiman said:

“While we warn all state governors that stand against the implementation of the Ruga initiative to desist and give peace a chance, we place President Buhari and the federal government on notice that they must act to halt and completely stop this raging madness within 30 days beginning from today, Wednesday July 3, 2019. He continued: “For the avoidance of doubt, we advise the federal authorities and the southern leaders to heed the 30-day notice failing which we would most definitely be left with no option than to consider resorting to our decisive line of action.” The group also urged “all chapters of CNG, our affiliates and ordinary peace loving northerners to remain calm and resolute as we gauge the level of government’s readiness to act within the 30-day ultimatum.”

It should be recalled that the so-called Coalition of Northern Groups was the same group that in June 2017 issued quit notice to all Igbo in the North in an apparent response to the rabid rhetoric of Nnamdi Kanu, leader of IPOB. The quit notice triggered competitive quit notices – from some Igbo groups in the East against all Northerners in the area and from Niger Delta militants against the Northerners and the Yoruba in the region. In the last presidential election, when it appeared that the Igbo in Lagos favoured Atiku Abubakar over the APC’s Muhammadu Buhari, who was being promoted in the South-west by some powerful Yoruba politicians, a wave of xenophobia was incited, which culminated in a ‘mee-tooist’ quit notice to the Igbo in Yorubaland.

There are several issues involved in these competitive quit notices:

One, is that the whole idea of nation-building seems to have bottomed out, and the truth is that it is now difficult to see a Nigerian whose faith in this country has not been seriously shaken. Elsewhere I called this phenomenon a ‘de-Nigerianization’ process. Benedict Anderson, the Irish political scientist and historian in his analysis of nationalism depicted a nation as a “socially constructed community, imagined by the people who perceive themselves as part of that group”. For Anderson, a nation “is imagined because the members of even the smallest nation will never know most of their fellow-members, meet them, or even hear of them, yet in the minds of each lives the image of their communion”. What groups like CNG tell us is that they cannot imagine others of different ethnicities as being part of their imagined in-groups. While groups like CNG and IPOB are not the causes of the failure of our nation-building project, they epitomize such failure.

Two, while the CNG and their likes across the country have the freedom of speech, including the use of offensive and abusive speeches, they should realize that others have also the right to disagree with them either using acerbic rhetoric (in a tit-for-tat manner) or by using a decent and polished language (often to condescendingly highlight that they are their moral and social superiors). People who use more decent language and methods to show their displeasure are not cowards. You do not show your moral superiority to a wife you are accusing of using foul language on you by beating her. To resort to such tactic is actually to show you are her moral inferior. This is one of the issues I have with groups like the CNG, IPOB and their likes across the country. Wole Soyinka long ago counselled us that a tiger does not need to go about proclaiming its ‘tigeritude’. Interestingly groups like CNG, IPOB and others which see the universe solely from their limited ethnic enclave will have harsh words for even members of their ethnic in-group who choose to use a different set of binoculars for filtering the realities around them. Not surprising therefore, the CNG came hard on fellow Northerners it feels disagree with its methods: According to the group, “President Buhari and the other compromised northern leaders, who were vocal against the Kaduna Declaration could not find their voices when today the Fulani are being maltreated and vilified in the South.” Nnamdi Kanu also pronounced death sentence on Igbo who failed to sit at home on May 30 2019 to remember the Igbos killed during the civil war.

Three, it is not clear that groups like CNG know anything about what is called ‘fogs of war’. As the Prussian military General and analyst Carl von Clausewitz puts it, “War is the realm of uncertainty; three quarters of the factors on which action in war is based are wrapped in a fog of greater or lesser uncertainty. A sensitive and discriminating judgment is called for; a skilled intelligence to scent out the truth.” It is clear that the so-called CNG and similar group that revel in competitive quit notice have not fully sat down to analyse how such will impact on them individually: You Northern youth that wants everyone from the South to quit the North, have you realized that most states in the country depend on the revenue from the Niger Delta, and that even your own source of livelihood may be threatened if your bluff is called. The same is also applicable to those asking Igbo to quit Yorubaland or asking others to quit Igbo land. I am not suggesting that in the event of a break-up of the country that the constituent parts will not survive –after all the North and West survived without oil and the Igbo survived a civil war. The point is that those using such as brinksmanship or believing that they will inherit others’ investments in their enclave will surely be disappointed if the worst happens. More importantly is that anecdotal evidence suggests that since the so-called Kaduna Declaration, the number of Nigerians willing to invest outside their ethnic enclave seems to have reduced dramatically. So while the purveyors of quit notices may get their15-minutes of fame, they are probably doing great injustice to the future generations of people from their enclave since investors, including foreign investors, are also unwittingly put on notice that investments in their areas are unsafe.

Four, contrary to what the CGN will want us to believe, every ethnic group is both a victim and victimizer when it comes to ethnic profiling and stereotyping. Even within ethnic groups, there are sub-profiling and stereotyping: Anambra and Imo people profile each other, the Ijebu and non-Ijebu profile themselves in Yorubaland and the same is replicated across the country. Many people learn to live with such by laughing it off. And talking of profiling and being ridiculed, the very odious language of the CNG in its so-called Kaduna Declaration and the latest quit notice, in my opinion, takes away any moral unction it may have to complain of being profiled or the North being abused.

Five, I feel that on the RUGA issue the CNG simply misses the point. According to the group: “so long as the Fulani would not be allowed to enjoy their citizens’ right of living and flourishing in any part of this country, including the South, no one should also expect us to allow any southerner to enjoy the same in northern Nigeria,”. The point is not about the right of the Fulani herdsmen to live in any part of the country. Of course their citizenship rights empower them to do so. It is about the government using state funds to build settlements for the herdsmen across the country in an atmosphere where suspicions of ‘Fulanization’ have become endemic in the South. Even if the scheme was conceived with the best of intention, its timing was extremely poor. In fact the quit notice of the CNG on people from the South (for opposing RUGA) and the ultimatum to the government to implement it by fiat will only heighten that suspicion.

Six, very crucial in the whole RUGA controversy is that every culture needs periodic introspection to find out which aspects of its values need retooling in consonance with the progress in society. The Igbo recently did such with respect to the amount of money and time they spend in burials and funeral ceremonies. I feel that at the heart of the opposition to RUGA is the whole glamorization of the Fulani by some Fulani as a ‘warrior tribe’ who thrive on revenge. Unfortunately this also makes some host communities uncomfortable with them.