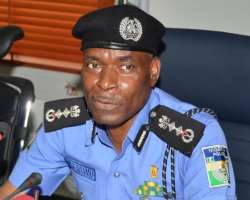 The Inspector General of Police, Muhammodu Adamu today ordered a comprehensive investigation into the alleged assault on a woman by Senator Abbo Elisha at a sex toy shop in Abuja.

The Force Public Relations Office, Frank Mba in a press statement said the IGP directed the Commissioner of Police in charge of the Federal Capital Territory Police Command, CP Bala Ciroma to provide a personal and round-the-clock supervision of every facet of the investigation.

He said the IGP ordered FCT Police boss to provide the Forensic analysis of the video that went viral and detail of the circumstances leading to assault as well as the actions and inactions of the Policeman seen in the video footage.

The IGP assuring citizens of utmost professionalism by the Police in the handling of the matter. He promised that the Force will ensure that justice is manifestly done in the case irrespective of whose ox is gored.

Meanwhile, the Commissioner of Police, FCT, CP Bala Ciroma has already established contact with the victim of the assault and has commenced investigation in earnest into the case.

The IGP thanked Nigerians for their massive show of empathy and concern for the rights of their fellow citizen and urged continuous citizens’ engagement in tackling of the wider security challenges in the country.