By Afrika For The Rest Of Us 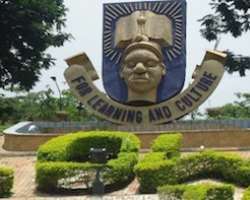 In remembrance of our fallen heroes who laid their lives for the serenity and upholding of social justice in OAU and in diaspora, let us reflect on how and why these sacrifices are worth more than a legacy every member of the OAU students’ community and the outside world need to uphold.

July 10 1999 remains a black day in the history of Great Ife as it saw a shameful dance of masquerades at the village square. Here, the masquerades came for blood and not for entertainment, with Awovarsity as the plot for the tragic display.

In an event that dates back to the inception of the Lanre Legacy led parliamentary session, students in their mass, voiced and ably represented by the Union leadership stood vehemently against the draconian policy set to be implemented by the then Vice Chancellor, Prof. Wale Omole (who was until recently, the Pro Chancellor of LAUTECH). This policy was to see an irrational and dubious hike in school fees and dumb introduction of tuition fees into the institution, thus escalating fees from ₦590 to about ₦10,000. No one needs to be told that this fee cannot be justified even by the most brilliant administrator.

This was only a step to make life unbearable for students, see many having to drop out of school or embark on leave of absence so as to hustle to source for the money. At this point, even fellowship Pastors who mounts the pulpit to implore students not to join protest but rather pray for peace and tranquility on campus would be stoned by his ushers and choristers who are beginning to see a dead end. The current trend of student clergies being used by the management to promote anti-students' policies could not be put to play here as the school environment was highly tensed. Any Moremi babe who is being sponsored by the ‘Fatoyinbos’ and could easily afford that fee would be cautious of what she would say outside in condemning the move by students to combat the hike.

One could easily see that students would consciously, subconsciously or unconsciously give full support to this quest as it was coming at a point in time when many senior civil servants at that point were not earning as much as that, how much more the low income earners. To this end, the protest was not only massive; it was well-coordinated, popular and united. Students won after a long lasting aggressive pressure on the management both from students and the general public.

However, the total reversal of this fee was just a beginning of a long tale as the Vice Chancellor sought not to lose without revenge. To this end, by the third month of the same year, strange movements were audaciously noticed on campus and the Students’ Union leadership in its vibrancy and support of students awakened consciousness in this guise. No sooner than later, students arrested cultists during an initiation program in a movement led by Afrika (Secretary General of the Students' Union) and the then Speaker of the Students’ Representative Council (SRC), Saka Muhammed and upon questioning, these cultists confessed that Prof. Omole was their patron and sponsor. The Students' Union wrote to the university authority to come out to debunk or accept responsibilities of the claim. This was followed two days later by the school authority announcing the shutdown of the University asking students to vacate campus immediately. The case was thereafter reported to the Police Force and it was followed up by a court case which died a natural death in no time.

Howbeit, this was not the end of the game. On July 7, more dreadful and strange faces were seen gathering in groups especially around sports complex but this was left carelessly to slide. And just two days later, evil dawned on the University community as the night through the next morning saw horror on OAU campus. At about 3am, heavily armed men stormed hostels and unleashed an attack that claimed five lives in Awolowo and Fajuyi halls of residence.

In a turn of event bothering on the vibrancy of the Union as of then (in what can be emphatically stated that it is not possible with the breed of students we have today), students trooped out in their numbers at dawn to screen all movements on and out of campus. In this process, some of the cultists were evidentially caught and apprehended. Unfortunately, owing to the ugly nature of the country we are, justice never saw the light of the day, and once again, the case died and was cremated.

However, off the tales, we have found ourselves toiling similar path 20 years after the ugly incidence. Today, cultists proudly flaunt colours on campus, threaten and molest students likewise. This is the time to realize that the sacrifices of the dead are beginning to be in vain over our generation. With initiations being the order of the day on our sacred campus and audacious attack on students even in Amphitheatre, one would not but assert that it is just a matter of time before the security of lives and properties on campus becomes “on your own” situation.

Let it be inscribed on stones that at the time when it became evident that only a united mass is needed to ensure the upholding of sanity and sanctity on campus, all agents were put in place to frustrate the cause; this, is a duty we owe posterity.