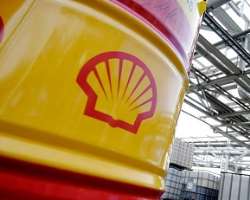 Shell Nigeria Gas (SNG), a subsidiary of Royal Dutch Shell, has announced the completion of yet another gas plant facility in Nigeria. According to a press release obtained from the company’s website, the world-class gas plant facility was built with the aim of meeting the industrial demand for gas.

The new gas plant facility which is described as the “Agbara-Ota Capacity Increase Project” in Ogun State, is Shell’s second gas train in Nigeria. It is said to have reportedly boosted gas distribution capacity in the country by 150%.

The company disclosed the first phase of its pipeline expansion was already completed in Abia State, which directly connects to the Osisioma Ngwa manufacturing industrial hub in the state. Also through the gas line expansion in Abia State, the company will be responsible for delivering pipeline gas to IPP Consortium which is the electricity provider to the popular Ariaria market in Abia State.

Similarly, SNG currently supplies natural gas to over 100 industrial and commercial customers, mostly in Ogun, Abia and Rivers States. In 2017, SNG and the Rivers State Government entered into an agreement for the distribution of gas to industries in Port Harcourt and its environs.

In 2018, the company explored opportunities to distribute gas to the Lagos State Government as part of the embedded power ‘Lights Up Lagos’ initiative. According to Shell, efforts are on-going through partnerships to develop opportunities for natural gas distribution to wholesale and retail customers in Victoria Island, Ikoyi, Lekki and Epe areas of Lagos area.

SNG Managing Director, Ed Ubong shed more light;
“This year, in collaboration with the Nigerian Content Development & Management Board and the Bayelsa State Government, SNG has signed commercial agreements with customers to supply gas to industrial clusters and parks in Bayelsa State, close to the SPDC JV Gbaran Ubie world-class gas facility. Agreements have also been signed for offtake of the Assa North gas project in Imo State”

The big picture: Shell, which is Nigeria’s first international oil company, revealed that while the new gas plant facility will enable the company and its partners to achieve regular gas supply to subscribed industries in Ogun State, efforts are already on-going to expand across other states of the country.

According to Ubong, the company is maturing opportunities to expand its gas distribution to all industrial parks and manufacturing companies in Nigeria.

“Apart from increasing the distribution capacity in existing states where it operates, SNG is maturing opportunities to expand its gas distribution network to new states. On completion of its expansion projects, over 1,000 megawatts equivalent of energy will be directly supplied to various industrial parks and manufacturing companies in Nigeria.”