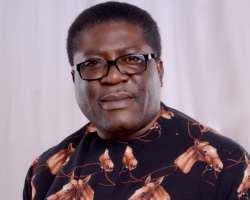 REBUILD APC Vanguard (RAV) has called on President Mohammadu Buhari to ignore attacks on Madumere, describing those behind it as the real enemies of All Progressives Congress in Imo State.

The Coordinator of the group, Barr. Obidiegwu Chiagozie, speaking to newsmen, dismissed the attacks, which he described as unmitigated, saying that it will fail.

“We have continued to take notes of the unmitigated attacks on the leader of All Progressives Congress in our State by some faceless groups. Some have come out openly to direct such attacks on Prince Madumere. We cannot take such people serious because they are the architect of the party’s failure in the last election.

It is as laughable as it is comical to note that the same people that destroyed the party are the people talking about Madumere. The question is: “if Madumere does not have political strength why was he the determining factor in 2011 and 2015 general elections? Owerri people were most unhappy with the treatment meted out to their illustrious son and would not have wanted an Orlu man as Governor for another term. Meanwhile, Madumere has never lost and has always put up the best showing in electioneering outings.”

Nze Stanley Onuoha, the patron of RAV called those petitioning Mr. President against Madumere as sore losers who for selfish reasons drew the party to the ground. Prince is a fine politician with integrity and he has the requisite competence to drive any organisation to success.

What is important to us is somebody who has the capacity to deliver the goods and inject new ideas that will add value to our President’s Next Level agenda to make Nigeria a far better place; he must have the temperament to aggregate and harmonise interests. Madumere, against all ill advice, was resolute to remain in APC. We can name those who armed hoodlums with dangerous weapons to engage APC agents in endless fights while the election lasted, in a bid to ensure Mr. President failed. This was in a bid to create an impression that the leadership of the party under Marcellenus Nlemigbo was not strong. We can remember vividly how the party was polarised as some APC were coerced to work for a son-in-law’s party.”

He insisted that ministerial slot is a prerogative of President Mohammadu Buhari and appealed to the President to use the agents of government to investigate who is who against mere propaganda.

In the same vein, Mr. Iyke Nwaopara, a lawyer and social crusader, has come hard on the former Governor of Imo State, Chief Erthelbert Okorocha, warning him to desist from sponsoring attacks against ex-deputy governor Madumere. He described Madumere as the only person in the leadership of APC that Imo people can listen to.

“I believe by now the former governor of Imo State, Mr. Ethelbert Okorocha should have retired from making noise following his abysmal failure in all facets. He has lost it totally. How can one man be standing allegations of stealing everything, including beddings, spoons and cutleries? Such person should hide his face in shame. We have been reading his sponsored attacks in the media against Madumere through his hirelings. We cannot afford to continue to have people like Okorocha and his likes continue to attack real leaders of the state. If APC is ready to rediscover its compass in the state, its best bet is to bring out a leader who has an impeccable character. They must say no to those whose antecedents are drenched in fraud and scam.”