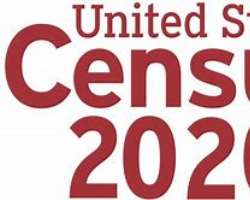 The American Human Rights Council (AHRC-USA) welcomes today's Supreme Court's 5-4 decision remanding the issue of the citizenship question on the 2020 census court to the district court.

The decision does not resolve the matter. The Supreme Court summarized the decision as: "The Secretary did not violate the Enumeration Clause or the Census Act in deciding to reinstate a citizenship question on the 2020 census questionnaire, but the District Court was warranted in remanding the case back to the agency where the evidence tells a story that does not match the Secretary's explanation for his decision."

The Court questioned the honesty of the administration in the reasons it gave for adding the citizenship question. Justice Roberts wrote: "Accepting contrived reasons would defeat the purpose of the enterprise. If judicial review is to be more than an empty ritual, it must demand something better than the explanation offered for the action taken in this case."

We are not sure how the administration will proceed on this. The American Human Rights Council (AHRC-USA) hopes that the Trump administration drops this question. And if they decide to proceed at the district court level, we hope the district court would strike the question. The census is too important to be tinkered with for political expediency. The citizenship question would decrease response rate therefore giving a less accurate picture of the United States. Government, scholars, nonprofits, marketers, etc. rely heavily on the census.

We have no doubts regarding why the administration offered contrived reasons for adding the citizenship question. It is well known that anti-immigrant voices in the administration were behind the addition of this question to the census.

"The Constitution requires a census of the people of the United States for very good reasons," said Imad Hamad, AHRC Executive Director. "The census is a treasure trove of information, an invaluable resources for government and the private sector as well, added Hamad. "Tinkering with the census for short term ideological and partisan reasons is simply unconscionable," concluded Hamad.