Imo Ministerial Slot: Why Orlu Zone Must Be Ruled Out 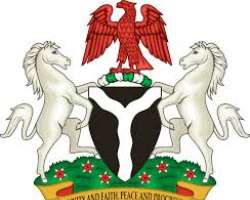 Equity and fair play are the bedrock of an egalitarian government. The absence of it makes democracy appears autocratic.

Imo state today has become a battle ground where individuals view politics as their birth right. Majority of those involved in the business of politics have lost their conscience either to the devil or to money.

Analyzing the Ministerial slots for Imo state since the inception of democracy in 1999, one would wonder why Orlu zone has continued to lay claim to the position, having produced the highest number of Ministers.

During the primary election of APC prior to the just concluded 2019 governorship election, the initial agreement with the candidate of the then ruling party in the state, Senator Hope Uzodinma was to accord him rare support to grab the ticket of APC, and thereafter relinquish same to an Owerri zone man.

This agreement was not only depleted but outrightly torpedoed by Senator Uzodinma, who demonstrated highly level of treachery against Owerri zone after grabbing the ticket.

Very aware that stakeholders of the party from Owerri zone were not happy with him and his candidature after he refused to relinquish the said ticket to them, a fresh agreement was initiated that Owerri zone would produce a Minister to pacify and persuade them to work for the party candidate.

Regrettably, the Governorship candidate of APC, Senator Uzodinma having failed woefully and emerged distance fourth, has perfected fresh strategy to lay claim to the Ministerial position as if the party belongs to him alone. What a greed, what a conscience, what a man!

In the words of Shakespeare, "do not judge a dead man" but the question remains if the dead man judged himself before dying, what position should he be accorded to.

Senator Uzodinma, from the onset of the Governorship primary of APC judged himself by choosing those he called "Camp Hope" against those he tagged enemies which led to his miserable 'death' during 2019 poll.

Going by his actions and inactions, one would stop at nothing but judge him even in 'death' for attracting what 'killed' him.

In the whole scenario, one would begin to ask what Senator Uzodinma, an Orlu Zone man is looking again in the Ministerial slot for Imo state having been compensated with Governorship ticket which he recklessly abused.

From investigation, facts have emerged that Senator Uzodinma appears uncomfortable with APC as a party. His reasons may be unconnected with his continued trail and possible prosecution by the Presidential Committee on Recovery of Government Property over an alleged $10 million Nigerian Ports Authority contract scam.

I feel pained why Owerri zone is at all times relegated to the wall by their brothers of Orlu extraction. Recall that the immediate past Governor, Rochas Okorocha, an Orlu man, vowed never to support Owerri zone produce Governor, but the emergence of Rt. Hon. Emeka Ihedioha, though of PDP extraction was against his decision but remains a divine mandate by God.

APC is a party that belongs to every Dick and Harry across the three zones of the state, but for Orlu zone to continue to lay claim to available position having produced, Walter Ofonagoro, Achike Udenwa, Anthony Anwuka amongst others as Ministers is indeed an infantile attempt to convert Imo state to "Orlurization"