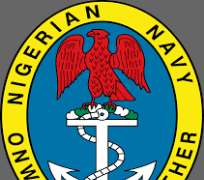 The Committee for the Protection of Peoples Mandate (CPPM) welcomes and wholeheartedly commend the Nigeria Navy for setting up an investigative panel on the extortionist syndicate operated by officers and men of the Nigeria Navy on the Apapa ports roads, following the over N100m discovered in the bank account of just one officer some 3 months ago and petitions from stakeholders.

It is common knowledge that the Nigeria Navy personnel under the leadership, with the authority and knowledge of the former commanding officer Nigeria Navy ship (NNS) Beecroft Admiral Okon Eyo, deployed to maintain law and order on the Apapa ports roads abused their commission, brought the image of the Nigeria Navy to public ridicule, undermined nations security and economy by setting up an extortionist syndicate which collected between N120, 000- N150, 000 as bribes from articulated trucks before allowing them passage into the ports for legitimate business.

The despicable and criminal conduct of the Nigeria Navy personnel deployed to the Apapa ports roads, but who deviated from the terms of their responsibility, contributed largely to the Apapa ports roads gridlock and it's attendant negative consequences that still lingers even months after they were sacked by the Federal government from the roads because of repeated complaints of the abuse of public trust and corruption.

A sad reminder of the extortionist syndicate is that according to reliable information, the commanding officers on the roads, leads his men who worked with him to Berger auto market on Apapa Mile 2 Oshodi expressway, to pick cars or SUV's of their choices on a 5 weeks basis because they were raking in about N35 million illegally from bribes on the roads on a daily basis.

Therefore, as we commend the high command of the Nigeria Navy for this investigative panel meant to restore the battered image of the institution and Nigeria which has been soiled by the conduct of it's officers and men on the Apapa ports roads, may we also at CPPM avail the panel, some information that should be included in it's scope of assignment.

These are:
1. The Nigeria Navy investigative panel should demand a full list of all the officers and men posted to the roads from the date of the commencement of the former task force headed by the Navy till the date of their sack from the roads.

2. All vehicles and properties acquired illegally by Nigeria Navy personnel on Apapa ports roads through bribes, should be confiscated and the officers and men punished accordingly.

3. The investigative panel should also look into the alleged extortion of conglomerates operating within the Apapa ports by the Nigeria Navy Ship (NNS) Beecroft under Admiral Okon Eyo.

4. The financial books of the Nigeria Navy monthly allowance for maintaining it's officers and men deployed on Apapa ports roads must also be scrutinized.

5. The EFCC should be invited to scrutinize the bank accounts of all officers and men posted to the Apapa ports roads

In addition, the Committee for the Protection of Peoples Mandate (CPPM) is demanding that the Inspector General of Police (IGP) sets up an investigative panel to examine the the roles and bring to book, officers of the Nigeria Police force, Lagos state Command on the Apapa port roads, who were active collaborators in the extortionist syndicate of fleecing articulated vehicles operators and are still doing so till now, though on a very low scale because of the presence and work of the Presidential task team.

We are also demanding the immediate transfer of all the officers and men of the Nigeria police, Lagos state command on Apapa ports roads because they have become a menace to the smooth flow of traffic on the road due to corruption.

CPPM is demanding the deployment of the EFCC to monitor the activities of all the stakeholders in the port and devise strategies for curtailing and apprehending agents of corruption who are hell bent on undermining the process of ease of doing business by their corrupt practices and undermining the nation's economy.

Because of our monitoring of development on the Apapa ports roads, we hereby demand that Never again, must the Nigeria Navy or any other non traffic management agencies be deployed to manage traffic on any road within the geographical territory of Nigeria.

However, we commend most sincerely the Presidential task team for it's sense of purpose, team spirit, diligence and patriotism in the discharge of this national assignment in the face of threats, intimidation, inducement and sabotage and which has brought relief to the situation unlike what obtained before it's commencement of work and call for further extension of time for their mandate until sanity is fully restored by identified corrective measures in place and operational.

Finally, it is our fervent hope that the Nigeria Navy investigative panel will discharge it's assignment with the sincerity of purpose and responsibility it deserves so as to put this ugly past behind us by dispensing justice to all and the integrity of the Nigeria Navy. We also hope that the Federal government will accede to our demands as our own little contributions for a lasting and enduring solution to what has become a national embarrassmen