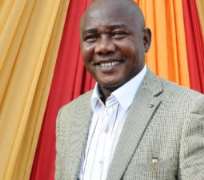 The beautiful ones are not yet born. Undoubtedly in Nigeria, the angels are yet to visit with the good tidings of a better society even when the new dispensation is a blood family lineage-government from the executive to the judiciary. Yet, there is discordant tone as wife never agrees with husband on appointments of certain individuals necessarily for not sharing the vision in the agenda of the administration and this is a vital, convincing point for dereliction.

Nigeria’s political history has pointedly shown that in most cases, political appointments are usually on the basis of familiarity and recommendation by god-fathers. Therefore, merit and competence are variables that usually come last except on few occasions hence, the poor state of the nation in all human endeavors. The worst is represented in the class of critics who no matter how competent, brilliant or resourceful they are; cannot get appointments from political office holders as dogs are not allowed in those offices.

Festus Adebayo’s non-conformity with the acceptable way of life of sycophancy in the political cycle of Nigeria caused him the exalted job of an aide to Senate President but the good news is that they (antagonists) have only recommended him to the world in general as to Africa as Festus Adebayo would have cause to glorify Almighty God for losing the job. Assuredly, Festus Adebayo would be greater than his antagonists and posterity will judge him even to the unborn generation because he has fought a good fight and it is no crime to criticise government constructively. At what point did it become a crime to criticise government and its officials? Someday we might lose our right to citizenship for being critics!

In today’s Nigeria, sycophancy is the order of the day. It is not uncommon to see people clapping for murderous leaders and sing-praising them to high heavens though, not surprising as people clapped and sang for Adolf Hitler even when over sixty one (61) million people died. People clapped and sang for Abacha and even abandoned their mandate to become minister. Therefore, sycophancy is inherently human integral but the choice to manifest it lies with every individual. They are vultures, these people are jackals, and they are political hyenas:

VULTURES
A coven of vultures
Scavengers!
Searching through the
Rubbish
Feeding upon the
Carrion
Appearing clumsy but
Homily
Like friends of hope to
Leaders in the corridor
Lazy creatures
Bald heads and necks
With sonorous voice
Blaring trumpets to
Gargantuan, banditry
Political gods
Tummy;
Bloated and protruded
The dividends of
Political sycophancy
They are political
Hyenas!
Politically made
Opportunists!
Artificially hatched
Parasites!
Feeding fat on
Carcasses
Where they did not hunt
With hypnotising smiles
Forevermore!
Till carcasses abound
Unwavering loyalty!
Political vultures!
Suddenly!
They divorce
Their pay masters
To carcasses-recession!
Away they fly!
With sniffing noses
Perching
On the roofs
Old political foes
New political friends
Interest;
Forever permanent!
Political sycophants!
Scavengers!
Availability of
Carcasses
A catalyst to
Trumpeting
Doxologies to
New political gods
Political jackals!
Political vultures!
They are
Shadowy personae
Forevermore!
Crafty
Swooping
On carrion