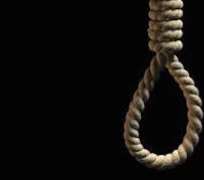 The prominent civil rights body – HUMAN RIGHTS WRITERS ASSOCIATION OF NIGERIA (HURIWA) says two issues that must receive the immediate but forensic attention of president Muhammadu Buhari and the National Assembly headed by the senate president Ahmed Lawan are the widening spectre of suicides by young Nigerians and the travel advisory from the British government warning their citizens rightly not to travel to twenty one states due to widespread insecurity and for fear of terror attacks.

Besides, the pro-democracy group HUMAN RIGHTS WRITERS ASSOCIATION OF NIGERIA (HURIWA) which backs the British government’s travel ban to most parts of Nigeria affirmed that the warning from the United Kingdom has clearly shown that Nigeria is virtually becoming a failed state just as the Rights group has charged president Buhari to seek international assistance.

In a media statement in which the two phenomenal issues of unprecedented suicide rates amongst Nigerian youngsters and the British travel warning were highlighted, the Rights group through the duo of the National Coordinator Comrade Emmanuel Onwubiko and the National Media Affairs Director Miss. Zainab Yusuf, said whereas the increasing spate of suicides by youth can be tackled frontally within the confines of Nigeria, the expanding frontiers of insecurity and increased terror attacks have reached a level that United Nations security council must intervene by sending anti-terror military troops and provide technical assistance to Nigeria.

The Rights group said Nigeria needs to leverage on the current status of Nigeria as the president of the United Nations General Assembly to lobby the world powers to help combat the growing influences and targeted attacks of Nigeria by boko haram terrorists aided by elements of Islamic states terror group dislodged from Iraq and Syria.

“On June 4th this year, the United Nations (UN) General Assembly elected Nigerian professor, Tijjani Muhammad Bande as the president of the 74th session of the Assembly. The United Nations secretary General Antonio Guterres while congratulating Mr. Bande noted that as a Nigerian you will have deep insights into the continents’ challenges. May we then urge president Buhari to specifically tasked the newly inaugurated president of UNGA’s 74th session to lobby the security council to view the growing attacks targeting both civilian and military institutions including the killings of hundreds of children, women and the aged as crimes against humanity that demands decisive global confrontation. The recent caution from the foreign and commonwealth office (FCO) of the United Kingdom warning her citizens rightly against travelling to 21 out of Nigeria’s 36 states which is statistically about 58.33% of the whole of Nigeria should be the clearest signal to the political leadership of Nigeria that Nigeria is headed towards the precipice of disintegration and this demand immediate and comprehensive action”.

HURIWA recalled that the basic rule of international law establishes that States have no right to encroach upon the preserve of other States' internal affairs is a consequence of the equality and sovereignty of States and is captured accurately in article 2/7 of the UN Charter. The Rights group quickly stated however that it has been subject to a process of reinterpretation in the human rights fields. However where such internal remedies are non existent like is the case so glaring in Nigeria under the current dispensation with wanton killings of thousands of citizens by terrorists and armed bandits including armed fulani herdsmen, the resort to international measures is incumbent on the non availability of local remedies.

On the growing suicide rates, the Rights group lamented that the Federal government does not seem to be in a hurry to confront the emerging social phenomenon just as it has tasked the Federal government and the national assembly including state governments to urgently set up a national task force of experts to understudy the remote and immediate causes of these suicides by very young Nigerians. HURIWA has called for state governments and the Federal Government to make youth issues a top priority by appointing a youngter as minister of Youths and Sports and by building and funding with assistance from the international and local communities of functional youth centres equipped with sports and vocational skills training facilities and trainers to educate the youngsters and keep them constructively engaged to think less of ending their lives dur to social pressures and economic uncertainties.

“This current federal government that was in a mad rush to ban codeine and tramadol when a lot of youths of a particular section of Nigeria were becoming dangerously addicted to these drugs, but this government is doing nothing to check the circulation of snipers which are the weapons of choice by these suicide-bound youngsters. The Nigerian government must not pick and choose which social menace to confront but must confront all threats against any Nigerian as a threat against the entire country”.

HURIWA also called on the state governments to partner with the central government to come up with a lasting solution to the problems of high suicide rates by youth.

“The entire organs of government must constitute scientific-led investigation which must include cyber and information technology experts to find out if the youth who committed suicide were influenced by some evil mentors in some dark rooms within the internet community”.

HURIWA recalled that few weeks back a final year student of the University of Nigeria, Nsukka, Chukwuemeka Akachi, committed suicide after stating the reason for his action on Facebook. - Akachi, a native of Eha -Alumona in Nsukka Local Government Area of Enugu State, was said to have battled dementia for over two months.

Also, few weeks back, a 100-Level student of the Kogi State University (KSU) Ayingba, Rebecca Michael committed suicide over a breakup with her alleged boyfriend.

Few hours back, a 300 level Medical Laboratory student of the University of Benin (UNIBEN), Christabel was discovered dead in her hostel room at Newton street, Ekosodin area of Benin city, after allegedly taking some deadly substance to end her life.

HURIWA said this social malaise of suicide must be tackled same way that the previous central government fought Ebola virus because if this practice becomes a fatal attraction amongst youngsters, it will be difficult to stop just as the Rights group said it was workable now to check the spread before it assumes the dimension of a hydraheaded monster.