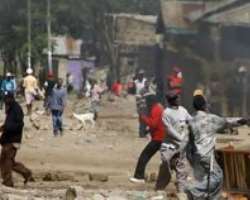 Four people including a soldier were confirmed dead on Tuesday following a fresh attack in Riyom Council Area of Plateau state by gunmen suspected to be Fulani herdsmen.

Our Correspondent gathered on Tuesday that the attack on the remote Kagboro community took place around 12 pm on Monday and lasted for several hours which accounted for the high level of destruction in the community.

Villagers said that over 300 herdsmen invaded the village, shooting indiscriminately and burning houses including a government-owned clinic in the community after they overpowered men of the vigilante group who tried to resist them.

Spokesman for the Plateau State Police Command, Tyopev Mathias, when contacted on Tuesday promised to get back to our correspondent later over the incident.

“I will get back to you on the attack in Riyom, please,” Mathias said.

However, Lawmaker representing Riyom Constituency in the Plateau State House of Assembly, Mr Timothy Datong, confirmed the incident to our correspondent in Jos on Tuesday.

Datong who condemned the incident said that he had concluded plans to table the issue as a matter of urgent public importance before the Assembly members during their plenary in Jos on Tuesday.

The lawmaker said, ” Yes I can confirm to you that four of our people including security personnel were killed during the incident. Many were also wounded. We have also counted at least fifty four houses that were completely burnt down by the attackers.

“It was the heavily armed Fulani people numbering over 300 that came to attack our people. I am going to present the issue as a matter of urgent public importance before the House of Assembly members when we convene today because this thing can not be allowed to continue.

“The invasion started around 12pm on Monday and did not stop until more than four hours. I was in touch with the Commander of the STF in charge of security in the state and he assured me he was going to mobilise his men to quell the situation. I was then surprised at the extent of destruction that eventually occurred in the community.” Punch