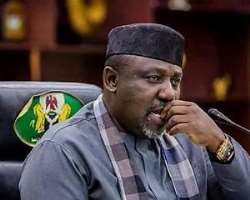 I shall begin this article by scooping from the fables of the slave philosopher Aesop. He tells a story of the snake and Jupiter, now hear him, “A snake suffered a good deal from being constantly trodden upon by man and beast, owing partly to the length of his body and partly to his being unable to raise himself above the surface of the ground; so he went and complained to Jupiter above the risks to which he was exposed. But Jupiter had little sympathy for him. ‘I dare say,’ said he, ‘that if you had bitten the first that trod on you, the others would have taken more trouble to look where they put their feet.”

The above reflection by Aesop is a core condensation of several political circumstances before us today. In the words of Sir Francis Bacon, “When any of the four pillars of government are mainly shaken, or weakened (which are religion, justice, counsel, and treasure,) men had need to pray for fair weather.” Aristotle added, “It is better for a city to be governed by a good man than by good laws.” For G.W.F. Hegel, “Experience is the best teacher; but the school fees are heavy.”

Yes, some people who defected to APC from PDP did so consequent upon the fear of EFCC and as a result, their “sins” were automatically forgiven and sealed. Those who also have the courage to remain in the PDP have become customers to either DSS or EFCC. This is core political vendetta which must be discouraged if our democratic process is to be strengthened. The fight against corruption must continue but it should not be targeted at those in opposition parties especially the PDP. This is what is going on from time to time and we all know why it is so. Political loyalty should not be forced on people; you get it by political cum socio-economic policies that impart on people positively.

As the usual political tradition, I received the news of mass defection of some ex-members of Imo House of Assembly with mixed feelings. Like the case of the fable of Aesop which I cited from the beginning of this article implies, the defection is likened to the response Jupiter gave to the snake who was constantly been trodden upon by men as a result of his inability to raise himself above the surface. Jupiter replied, “If you had bitten the first that trod on you, the others would have taken more trouble to look where they put their feet.”

Yes, Chief Emeka Ihedioha said his government shall be all-inclusive and this is highly appreciated by every Imolite; but does all-inclusive government include carrying the political garbage and illegitimate political sons of Okorocha who assisted him in destroying Imo state for eight years along? They are all trying to evade probe, especially the former Speaker of the House of Assembly. I am sure that the docile Imo house of Assembly from 2011 to 2019 assisted Rochas to ruin Imo state and if they are not probed whether or not they are in PDP makes no sense.

“If you had bitten the first that trod on you, the others would have taken more trouble to look where they put their feet.” This should follow immediately after defection. Nobody is witch-hunting anybody but all those who helped in milking Imo dry should be brought to book. If nothing is done to make sure that maladministration and misappropriation of funds of the former governor of Imo state is brought to justice then you live Imo people in doubt of the future. Defection from APC to AA and from AA to PDP or from PDP to APC should not prevent proper probe and administration of justice.

Robert Fulghum says, “Don’t worry that children never listen to you; worry that they are always watching you.” Clarence B. Kelland concord to the foregoing assertion when he says, “My father did not tell me how to live. He lived, and let me watch him do it.” If Rochas and his allies are not probed by the PDP led government, then we should know that our political children are watching us in the PDP on how we live and your guess is as good as mine on the outcome and what the future holds.

I have not become a governor before; therefore whatever I am saying is based on assumption and any of my assumptions could be real based on how the governor handles Chief Okorocha’s eight years tenure. The people that recently defected to the ruling party in Imo state should know that the PDP is not a place to hide even though they merely exercised their constitutional rights. If Rochas decides to defect to the PDP tomorrow; his political “sins” shall not be easily forgotten.

In the words of Aristotle, “There are three tenses to a person’s life; what he is, what he has become, and what he is becoming.” I do hope that the chief executive of Imo state shall live up to the expectation by instituting a strong probe panel that may be headed by Prof. Francis Dike SAN to look into Okorocha’s administration before he defects to PDP.