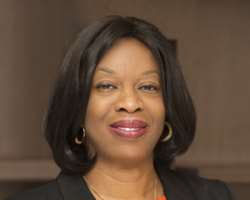 The Independent Corrupt Practices Commission (ICPC) is set to prosecute the Managing Director, Nigerian Bulk Electricity Trading Company Limited (NBET), Marilyn Amobi, and others for violation of the procurement act.

The decision to prosecute the ‘indicted’ persons was contained in a report sent by ICPC to Vice President Yemi Osinbajo, in March.

The Deputy Chief of Staff was copied in the letter signed by the ICPC Chairman, Bolaji Owosanye.

Allegations of infractions against Mrs Amobi and the management team of NBET was published by Leaks NG, a coalition of Nigerian newsrooms and civil society groups in February.

ICPC’s investigation
In the letter to the vice president, ICPC noted that Mrs Amobi was found guilty in at least five of the many allegations levelled against her.

The commission relied on a petition it received for the investigation.

Allegations made in the petition include; disregard for procurement laws, illegal funding of foreign trip for federal lawmakers, six years payment for office furniture for a four-year tenure and side-lining of due process in the purchase of Mrs Amobi’s vehicles.

Other allegations include that Mrs Amobi funded NBET’s expenditure without appropriation from the National Assembly, authorised withdrawals from the Central Bank to fund unnecessary training, sanctioned transfer of staff illegally and stopped payment of salaries to two management staff.

The commission cleared Mrs Amobi of wrongdoings in the purchase of vehicles, expenditure on new office space, training of staff and posting of staff from Office of Accountant-General of the Federation.

On illegal payment to DISCOs, the commission’s report noted that “all the 11 Distributions Companies (DISCOS) have unpaid invoices because of certain like unprofitable tariff, non-metering and subsisting court order.”

However, ICPC maintained that the MD faltered in areas of procurement and fund approvals.

“The Respondent (MD) does not follow due process in award of contracts.

“The Respondent (MD) makes payments before securing the required approvals.

“The Respondent (MD) received excess furniture allowances of N22,646,328.48 above the approved N5,777,595.00 for CEOs of Federal Ministries, Departments and Agencies,” the report seen by Leaks NG reads.

ICPC said the matter (dismissal) has been referred to the Office of the Secretary to the Government of the Federation.

The two are believed to have been victimised by Mrs Amobi for whistle-blowing fraudulent activities in NBET.

They were vindicated by the commission.
“However, the contract award red-flagged by Sambo Abdullahi to two different law firms within the same lot was in violation of procurement process,” a part of the report reads.

Next Action
For these infractions, ICPC resolved it would prosecute all indicted and carry out a review of payment to affected DISCOs.

“In the light of the foregoing, the commission would carry out the following;

“Prosecution of all indicted persons, as revealed in the investigation report, for the violation of Procurement Act, 2007 and ICPC Act, 2000.

“A comprehensive review of the operations of all the 11 Discos so as to come up with the necessary recommendations that can enhance better performance and adequate remittance to the Federal Government and make necessary input into the power policy as directed by Mr President.”

When contacted, the ICPC spokesperson, Rashidat Okoduwa, said the commission will make it public once it charges those indicted to court.

“Once that happens (the indicted are prosecuted), definitely we will come to the public with the information,” she said.

“You know, taking something to court, you have to be sure you have all your facts, all loose ends are tied up. You don’t want to take a case to court and still have some technical grounds. Once we get to court, you can be rest assured that we’ll come to the public with the information,” she said.