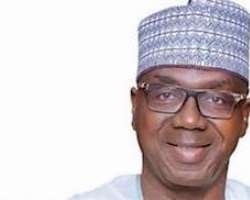 Kwara State Governorship Election Petition Tribunal on Friday adjourned till ninth and 10th of July for further hearings in the Peoples Democratic Party (PDP)'s petition challenging the declaration of Governor AbdulRahman AbdulRazaq on the allegation that the governor had presented a forged certificate.

The petition had been filed by the candidate of the PDP in the March governorship election in Kwara State, Razaq Atunwa.

The adjournment followed the failure of the petitioner to present a witness from the West African Examination Council (WAEC) with the subpoena and other supporting documents.

The tribunal had on Thursday adjourned to Friday for the examination body to present the subpoena, following the commencement of full hearings in the petition of the PDP.

Counsel to the petitioner, Abdulwahab Bamidele, told the court that he was reliably informed that the officials of the West African Examination Council (WAEC) in Lagos which the tribunal mandated to produce the subpoena missed their flight to Ilorin on Friday morning.

Bamidele prayed the tribunal to stand down the case till three o'clock in the afternoon for WAEC officials to present evidence of the subpoena when they must have arrived Ilorin by road.

Counsel to the Independent National Electoral Commission (INEC) Rowland Otaru objected to the application, saying that there is no iota of sincerity in the application.

Otaru said the petitioners had on Thursday told the court that the subpoena would be brought to Ilorin through courier service and wondered why the petitioner claimed that officials of WAEC missed their flight in Lagos on Friday.

Otaru suggested that the petitioner ought to call another witness if it has a case to prove rather than seeking for the stand down till three o'clock in the afternoon.

He alleged that the petitioner lacked the tools to prosecute the case and that tribunal should compel the petitioners to call other witnesses in the case.

Counsel to AbdulRazaq, Kunle Kalejaiye (SAN), asked the tribunal to treat the application as frivolous.

He said the request of the Counsel to the petitioner was a manifestation of lack of seriousness and the court should not wait for the witnesses or counsel.

Kalejaiye told the court that election petition tribunal is a serious business and the court should not allow the petitioner to drag the trial forever.

Counsel to the All Progressives Congress (APC) Akin Olujimi (SAN) prayed the court to dismiss the petition, pointing out that there is procedural heresy in the application.

He aligned himself with the first respondent that there is no sincerity in the application.

Olujimi insisted that the court should rather adjourn the trial till ninth and 10th of July for the petitioner to bring all his witnesses.

The tribunal said the application to stand down the trial has no merit and insisted that the court would not grant any extension to any of the party.

The tribunal, however, granted the application for adjournment to July ninth and 10th, saying the petitioners were still within their time limit of four days to argue their case as agreed during the pre-hearing trial.