FG May Reconsider Importation Of Vehicles Through Land Border 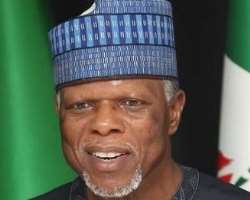 There are plans by the Federal Government to lift ban on importation of vehicles through the land border.

The government had in January 2017 ordered a ban on importation of vehicles through the land borders.

The restriction on the importation of vehicles followed that of rice, whose imports through the land borders had been banned since April 2016.

But the government may reconsider its decision after the successful implementation of a new initiative by the Nigeria Customs Service and the Customs Service of the Republic of Benin to automate and network all electronic information about incoming cargoes through the border.

The Comptroller General, NCS, Col Hameed Ali (retd.), who was represented by the Assistant Comptroller, Information and Communication Technology, Benjamin Aber, at a stakeholders’ meeting on the new initiative, expressed confidence that with a successful implementation of the bilateral electronic connectivity programme between Nigeria and Republic of Benin, the Federal Government might lift the ban on items coming through the land border.

He said the new platform would be deployed by June 20.