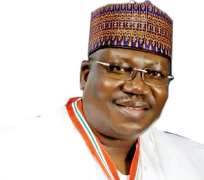 It is still early in the day, but from the look of things, the newly inaugurated ninth National Assembly will be different from the defective one it succeeded. One major reason for this is the seamlessness by which the leaders of the Assembly emerged. Get this clear! Nobody expects the ninth National Assembly to be an appendage of the Executive arm, but again, nobody expects a proactive legislature to operate at cross-purposes with the executive.

Thankfully, Nigerians have put Saraki and Dogara behind them. Rid of the negative influence of both men, discerning members of the National Assembly will soon get cracking. And when they do, top on the issues that will test their will is the recurring issue of restructuring. This should not be a problem because, as things stand, one of the many documents gathering dust on government shelves has prepared the groundwork for a seamless restructuring process. How soon the document is dusted and spruced up will determine the sincerity or otherwise of the Ninth Assembly.

Reference here is to stillborn report of the 1994/95 National Constitutional Conference which was convoked by late General Sani Abacha. In more ways than one, General Abacha set the country on the path when he convoked the National Constitutional Conference in 1994 and, had the report of Confab ’94 seen the light of day, chances are Nigeria would have been restructured from a country of contending ethnic nationalities into a modern nation state in a matter of thirty years! In a manner of speaking, the Abacha draft is the best constitution Nigeria never had.

When General Abacha died, it was expedient for his stopgap successor, General Abdulsalami Abubakar, to shred any document that had the tag of General Abacha on it. Indeed, General Abacha turned out to be a divisive leader after he fell out with those who nudged him into snatching power in November,. When, therefore, he died suddenly after holding the country together for five impossible years, survival instincts demanded that he be disowned by his successor. The national emergency then was to heal wounds and woo the aggrieved South west geo-political zone back into the fold.

Expectedly, the (late) Justice Niki Tobi Committee that was set up to explore the way forward slammed the 1995 draft constitution before hastily throwing it out. The committee’s reason was that Nigerians ‘raised compelling reservations’ over the document, being the ‘product of a disputed legitimacy’ and which ‘suffered a crisis of identity in the public consciousness’. In its place, the Niki Tobi Committee recommended some amendments to the 1979 constitution which it claimed ‘had been tried and tested and, therefore, provides a better point of departure in the quest for constitutionalism in Nigeria.’

As things stand today, Nigeria’s official six geo-political zones remains the most enduring legacy of General Abacha. In any case, the zones were meant to be the building blocks for the fundamental changes envisaged by the 1995 draft constitution which made provision for six principal offices of five-year single-term duration to rotate among the zones. The document made provision for the offices of president, vice president, senate president, house speaker as well as the position of prime minister and deputy prime minister.

The ‘Abacha document’ had something for everybody. Had political exigencies not prevailed on General Abubakar into throwing away the baby with the bathwater, by now, Nigeria would have experimented with the Abacha formula for twenty of the ‘thirty-year transition period’ which aim was to ‘promote national cohesion and integration’, after which merit and competence would replace rotation in determining who gets what.

In strict adherence to the principle of rotation envisaged by the Abacha document, at no point in time would any of the six geo-political zones have cause to complain of marginalization since there was always going to be one ‘juicy’ office to be vied for by each of the zones every five years. What this means is that, by 2018, the fifth of the six zones would have produced a president for the country!

It also meant that by 2023, each of the six geopolitical zones would have produced a president, a vice president, prime minister, deputy prime minister, president of the Senate and speaker of the House of Representatives for a single term of five-year duration. This unique provision eliminates the incumbency factor and its attendant abuses. Since the draft envisaged its replication at state levels, the president and other principal officers as well as state governors and stand disqualified from standing election for the same office during their five-year single term incumbency!

Two decades after ‘throwing away the baby with the bath water’, Nigerians are still playing the ostrich instead of sobering up and overgrowing the prejudices of the Abacha era. As a matter of fact, the Abacha document was so comprehensive to have anticipated the untenable and wrong-headed agitations across the country and the hollow talk of marginalization that comes with it. Now, can and, should Nigerians continue to play the ostrich and allow lawlessness to dominate the political scene? Are we to allow a rambunctious few to continue to stampede us and dominate national discourse in the face of quick-fix solutions?

Of course, the talk of dissolving Nigeria is hot air that lacks substance. Yes, there is need to restructure and this should not be mistaken for a breakup as some have been programmed to believe. We need to restructure in a way every section of the country will, at all times, be appropriately represented in governance. The ‘Abacha document’ took care of these and more. The document suggested a five-year single-term for elective posts. To restructure in a way that lawmaking will be inexpensive and effective, the draft made provision for part-time lawmaking!

Of course, Nigeria should restructure in a way that treasury looters will not get dubious clean bills from regular courts or be shielded from prosecution. It may interest Nigerians and their elected representatives that there is no proclamation for the much-abused immunity clause for any public office holder in the Abacha draft for the president and vice president as well as governors and their deputies. Nobody expected the pestiferous eighth Assembly that canvassed for a dubious immunity for its principal officers to take a look at the document.

In the midst of the current euphoria, Nigerians can only hope and pray that the ninth National Assembly, apparently peopled and led by straight-thinking and decent Nigerians, will set the nation on the path of true greatness. Tinkering with the Abacha Document will be a good starting point.