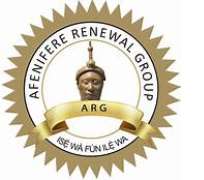 Afenifere welcomes the decision of South West Governors to do something over the siege on Yorubaland by Fulani herdsmen /militia.

The situation has degenerated to the point that our people are now afraid to travel on most of the roads in the zone as their safety cannot be guaranteed.

But our enthusiasm was dampened by the insensitive,insulting and deeply annoying statement put out by the DAWN commission the Governors charged with the assignment.

It is with pain in our hearts that we quote from the embarrassing publication.

"2. DAWN Commission appeals to the general public that contrary to the alarmist, exaggerated and sometimes misrepresentation of facts by mischievous elements on social media and other fora, Western Nigeria largely remains peaceful, safe, welcoming and harmonious to all law abiding people and NOT IN A STATE OF CRISIS"

"5. DAWN Commission also calls on all those with influence, including political, religious and traditional leaders, to exercise and encourage restraint and to refrain from incitement to hostility or violence, even in moments of outrage. An escalation of inflammatory rhetoric by influential persons or groups at a moment like this has the potential to aggravate the growing unease and could ultimately serve the interests of those averse to peace in the Region."

"6. DAWN Commission calls on all influential leaders to exercise restraint in spreading unfounded and unsubstantiated messages and incitements and counter such with messages of tolerance, respect and peace. We urge the general public on all forms of social/traditional media to act responsibly and refrain from using or condoning any language that may escalate tensions and to constructively scrutinize and be keenly aware of numerous mischievous narratives and postings on social/traditional media platforms."

It would be sad if the quoted words from DAWN represent the views of our Governors in the midst of the monumental tragedy that has befallen our people in the hands of invading marauders .

The Yoruba lady raped for 6 days by Fulani herdsmen in the presence of her 9- year old daughter and husband will curse the authors of this .The Professor at Ife who narrated his ordeal in the hands of Fulani kidnappers would regret sharing the same nationality with those issuing this kind of statement.

Of course the several people that have been killed on our land should be weeping in their graves now .

Our people would not mind if they are reading this from Miyetti Allah in this grievous moment but coming from their own is insult upon injury .

The Yoruba have a saying that "Orisa bo le gbemi,semi bi o se ba mi."(The deity that cannot improve my condition should not worsen my plight).This is our admonition at this time to officialdom in Yorubaland. If we are are not ready to solve the problem confronting our people,let us not insult them , mock their fate or trivialize what they are going through .

We encourage our people not to be despondent at this moment. Nothing good or bad lasts forever .This too shall come to pass!