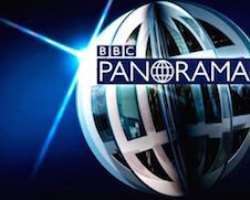 BP has agreed to pay around ten billion US dollars to a company owned by a businessman involved in a suspicious energy deal, a BBC investigation has discovered.

In a world exclusive and the first ever joint investigation by BBC Panorama and Africa Eye, reporter Mayeni Jones reveals the secret payments made by Frank Timis to the brother of the Senegalese president.

Energy giant BP bought the Romanian businessman’s stake in a gas field off the coast of Senegal for $250 million in 2017. Leaked documents show BP will also pay Timis Corporation between nine and 12 billion dollars in royalties over the next 40 years.

Both BP and Mr Timis deny any wrongdoing.
Daniel Balint-Kurti is Head of Investigations at anti-corruption campaign group, Global Witness. He says Mr Timis could not be considered a reputable business partner: “It's absolutely indefensible that a company like BP should be rewarding somebody like Frank Timis, particularly when BP really cannot guarantee that there wasn’t bribery involved in obtaining these blocks (the section of the gas field) in the first place.”

BBC Panorama and Africa Eye’s investigation looks at a controversial energy deal in 2012. A company set up by Frank Timis, Petro-Tim, obtained the exploration rights for the Saint Louis and Cayar offshore blocks from the Senegalese government.

Mining concessions are only supposed to be given to companies with a proven track record – and Petro-Tim hadn’t even been set up when it signed the contract.

When Senegalese President Macky Sall was elected a few months later, he ordered an investigation into the way the blocks had been awarded.

It concluded that Petro-Tim should lose the concessions, but Macky Sall allowed the company to keep them anyway.

The leaked documents show that Frank Timis offered the President’s brother a highly-paid job shortly before this decision was made.

Aliou Sall had no experience in the energy industry, but the documents show he was paid $25,000 a month for five years – $1.5 million in total. He was also offered shares worth $3 million in companies owned by Frank Timis.

Under the terms of the contract, Aliou Sall would only get the job once his brother, the President, had given his final approval on the exploration rights.

Jeremy Carver, an expert on due diligence and corruption, said the contract was suspicious: “The monthly payments of $25,000 are surprisingly large for somebody who has no previous experience in that industry.

“The explanation seems to be that it's connected with the confirmation by his brother the president of the blocks. The linkage between the two is unmistakable in my view.”

Lawyers for Frank Timis and Aliou Sall said the monthly payments were in line with similar jobs in the industry and that Mr Sall never received the shares.

They said: “Mr Sall was engaged for his expertise and not because he happened to be the brother of President Sall.”

The lawyers also denied that Petro-Tim was set up or controlled by Mr Timis.

Frank Timis has a history of controversy in his personal and professional life. The Romanian businessman has two convictions for supplying heroin in the nineties and he has been involved in a series of failed mining ventures in West Africa. Of the two mining companies he floated on the junior stock exchange in London, one was accused of human rights abuses and the other was hit with the exchange’s biggest ever fine, for misleading investors.

After being given the concessions in Senegal, Mr Timis didn’t carry out the search for oil and gas himself. An American company, Kosmos Energy, agreed to fund and conduct the offshore exploration in return for a share of the blocks.

Kosmos discovered a major gas field in 2016 and Mr Timis sold his remaining stake to BP the following year.

The BBC has discovered that BP went ahead with the deal even though it knew about the suspicious payments that had been made to the President’s brother.

A compliance document written at the time states that “all prior, current, or currently anticipated payments made to Aliou Sall… have been disclosed to BP.”

BP said it rejects any implication that it acted improperly, and that it conducted extensive due diligence in the areas of ethics, compliance and anti-corruption.

The company says its investments were already creating opportunities: “We have begun the first development of gas resources that will bring substantial benefits, including revenue and domestic gas, for the country and people of Senegal.”

The Panorama and Africa Eye investigation has also found a secret payment to Aliou Sall that doesn’t appear to have been disclosed to BP.

In 2014, Frank Timis asked his offshore trust for $250,000 to pay tax that was due to the Senegalese government.

However, the documents show the cash never went to the Senegalese government. Timis Corporation paid the $250,000 to a company owned by the president’s brother – Agritrans SARL.

Experts have told the BBC that the payment has the appearance of a bribe.

Lawyers for Mr Sall and Mr Timis strenuously deny that they were involved in any form of bribery or corrupt activity in relation to the exploration rights. They said that no money was ever transferred from Timis Corporation to Agritrans SARL.

The lawyers say: “Over the lifetime of the field, the potential revenues received by Senegal will dwarf any return that has been received by Mr Timis or Timis Corporation.

Kosmos Energy said it conducted extensive and appropriate due diligence and that this included multiple interviews with relevant individuals.

“Importantly, this extensive pre-transaction due diligence process did not lead us to conclude that the blocks were illicitly acquired, retained or transferred by the prior owners.”

Watch the Africa eye and Panorama report below: