Mazamaza-Okokomaiko: Contractors to move back to site this June, highway to be completed by December 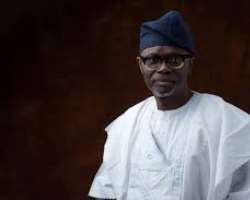 Gov. Babajide Sanwo-Olu of Lagos State on Sunday has given assurance that the stretch from Mazamaza to Okokomaiko on the Lagos-Badagry highway should be completed by December this year.

Sanwo-Olu, accompanied by his Deputy, Dr Obafemi Hamzat, gave the assurance during an on-the-spot assessment of the level of work on the 10-lane expressway.

He said that contractors handling the expansion of the road would be mobilised to site this month and that construction would commence immediately at the Mazamaza to Iba junction down to Okokomaiko.

He said that the state would liaise with the Federal Government on the completion of the Okokomaiko-Seme Border section of the road.

“In this month of June, contractors will be moving back to site. Work will commence on this road in this month. Work will start this week because it has been neglected for almost four years. We have seen a lot of road failures already and we need to bring respite to our people on this corridor”.

“So our commitment to our people is that within this month, our contractors will be moving back to site. We are expecting that if we are able to get the financing, it is something we are supposed to complete before the end of the year”.

“There is another one from Okokomaiko to Agbara, then from Agbara to the border town of Badagry. We are working with the Federal Government on that site to Seme Border. It is a full blown infrastructure redevelopment that we are bringing to the western senatorial part of Lagos,” he said.

The governor said that government was aware of the plight of the people living on that corridor because of the severe dilapidation of the road.

He, however, expressed his displeasure at the unsanitary condition of the already completed part of the road from the National Theatre, Iganmu down to Orile.

Sanwo-Olu appealed to traders, who had converted some sections of the road to market to vacate the locations, saying that arrangements were being made to clear the pile up of refuse on the highway. (NAN)