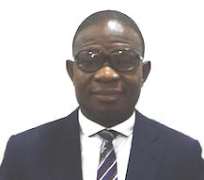 With Due Respect, Learned Prof. Sagay Is Wrong! The Supreme Court Did not Disenfranchise The Zamfara Electorate Because the Electorate Could not have Validly Voted for Persons that were Not Lawful Candidates in the 2019 Elections*

This comment is a general reaction to the news headline titled *”Prof Sagay accuses Supreme Court of disenfranchisement, ask APC to return to court over Zamfara, Rivers”* and published on June 01, 2019 on https://www.google.com/amp/s/dailygist.co/sagay-accuses-s-court-of-disenfranchisement-ask-apc-to-return-to-court-over-zamfara-rivers/amp/ . Please note that i still have a more specific, detailed rejoinder to the respected learned professor because his (the prof’s) view on Zamfara is, I think, with due respect, not representative of the position of Nigeria’s extant law. A humbly, simple illustrative explanation of the Zamfara State scenario is necessary, in order to determine who truly is to blame for APC’s well-deserved loss of Zamfara in the hands of the erudite judgement of the Supreme Court of Nigeria. What does extant law say? Recall that the applicable laws are (a) the Electoral Act, 2010 (as amended), (b) the Constitution of the Federal Republic of Nigeria (CFRN), 1999 (as amended), (c). Independent National Electoral Commission’s (INEC’s) Guidelines and (d) Case Law (judicial precedent). Plus (e) common sense, because common sense is not common. Common sense is the view of the disinterested observer/person

2️⃣The law adds that the said primary elections (nominations), in order to be valid, must be conducted in accordance with procedures laid down by law. See section 87 of the Electoral Act, as amended.

3️⃣What is the effect of failure by a political party to conduct any primaries or to conduct primaries that do not comply with procedures laid down by law? The effect is simple: *the party is deemed to not have conducted any primaries and as a result to not have presented any candidates in the general elections.

Why then did INEC accept APC’s candidates, since the primaries were not validly carried out? INEC’s hands were tied! See for example section 31(1) of the Electoral Act as amended which provides that a political party shall not later than 60 days before the date of the general elections submit to INEC the list of the party’s candidates and INEC *”shall not reject or disqualify candidates for any reason whatsoever.”*

4️⃣So, what is the effect if INEC has already helplessly accepted political party candidates who didn’t emerge from VALIDLY CONDUCTED PRIMARIES and the said INVALIDLY NOMINATED CANDIDATES have already participated in the general elections? On the authority of AMAECHI V. INEC (2007), the court is entitled, on an application by a person entitled under section 87 of the Electoral Act, to set aside the INVALID NOMINATION and nullify their ILLEGAL CANDIDATURE and participation in the election, on grounds that, in the eyes of the law, the political party who failed to conduct valid primaries DID/DOES NOT HAVE ANY CANDIDATES in the general elections. And on further grounds that *something placed on nothing cannot stand,* as Hon Justice Nikki TOBI once said from the bench. Specifically, the learned jurist (Hon Justice TOBI) had in OWNERS VS ADENIJI (1993)2 NWLR(pt 274) held as thus: “One can add something to something, but one cannot add something to nothing because there will be nothing to receive the something. The something which will have nothing to support it will fall away, following Newton’s law of gravity or gravitation.” See also Lord Denning’s declaration in the case of Mcfoy v. U.A.C. (1961) 3 All ER 1169 at pg. 1172 that ”you cannot put something on nothing and expect it to stay there, it will collapse.” Yes!!! A person cannot claim to be a candidate in a general election if his nomination is adjudged to be NULL and VOID: see Omehia’s fate in AMAECHI V. INEC (2007).

5️⃣How does this connect to Zamfara State? What the Supreme Court said was/is that the Zamfara APC had failed to conduct any primaries as required by law for purposes of nominating candidates to fly the party’s flag in the March 2019 general elections,which means (applying the principle in AMAECHI V. INEC and the requirement of the law as set out above) that in the eyes of the law, the party had NO candidates in the general elections.

6️⃣The APC was not a lawful participant in the 2019 elections in Zamfara state.

8️⃣The law says that votes cast in an election should be used to determine a winner. We need not debate the obvious fact that votes wasted are as good as invalid/void votes and therefore are not a part of the VOTES CAST for purposes of determining who wins. Section 69 of the Electoral Act says that *”in any contested election, the result shall be ascertained by counting the votes cast for each candidate and subject to sections 133, 134, and 179 of the CFRN, the candidate that receives the highest number of votes shall be declared elected.” I make two conclusions from section 69. (a) only votes cast for VALID CANDIDATES are taken into account in ascertaining the winner of a contested election. Since APC’s candidates were invalid, unlawful candidates, votes cast for such invalid candidates are not among “votes cast.” Such votes must therefore be excluded in ascertaining the winner of the election. (b). the candidate that received the highest number of votes cast shall be declared elected. Since PDP received the highest number of valid votes cast for lawfully nominated candidates, PDP candidates were validly and appropriately declared winners by INEC. So, INEC was perfectly right.

Taking out all the votes wasted on APC candidates (who were, in the eyes of the law NO CANDIDATES), says INEC, PDP necessarily wins and as such was duly elected (PDP having satisfied the requirements of the Constitution using the REMAINING VOTES (the valid, unwasted votes). PDP WAS THEREFORE ELECTED BY ZAMFARA ELECTORATE. The PDP was supported by majority of voters who cast their votes for VALID, LAWFUL CANDIDATES in the election. The voters were not disenfranchised because they are the ones who (whose valid votes)!elected the PDP.

🔟Now, who is to blame for APC’s loss of ZAMFARA? You can’t blame PDP! It’s not PDP that made APC to fail to conduct valid primaries! And why blame the Supreme Court? Is the Court’s duty not just to apply the law as it is? Have I not set out, above, the law as it is? Why blame anyone for the fault of the APC in zamfara? Only the Zamfara APC is to blame! No one else.

1️⃣1️⃣Some people say PDP which took over as a result of the mess-up by the APC did not win by majority votes and that this negates the principle of democracy as a system that promotes governance by the majority. I respectfully disagree! The “majority” envisaged by democracy is THE MAJORITY OF THOSE WHO ACTUALLY PARTICIPATED—- i.e., majority of those who actually go out to validly cast their votes for lawful candidates in the elections! In other words, democracy represents governance by the party who wins/secures majority of the VALID VOTES CAST in an election.

1️⃣4️⃣The truth is, there is NO majority-supported power-political Government or governance anywhere in Nigeria. So, the Jeffersonian theory is absolutely apt!

1️⃣6️⃣I have also seen some people trying to import section 140 of the Electoral Act in favour of their argument that the Supreme Court should have nullified the entire General elections in Zamfara and ordered fresh elections. I respectfully disagree with them. *SECTION 140(2) OF ELECTORAL ACT DOES NOT APPLY TO THE PRESENT ZAMFARA STATE SCENARIO. Section 140(2) doesn’t apply to Zamfara because the Zanfara State general election was not nullified neither was APC candidates declared NOT QUALIFIED to contest. What happened in the Zamfara scenario is that the Supreme Court held that the APC did not validly field any candidates for the general elections, and as such did not HAVE any. Accordingly, as I have stated above, votes cast for a party that did not validly field any candididates (which means the party had no candidates at all) are wasted votes, which must not be taken into account while determining who the ultimate winner is. “NOT HAVING A CANDIDATE AT ALL” is not the same as “HAVING A CANDIDATE WHO IS NOT QUALIFIED.”

The former represents the Zamfara scenario. Hence, section 140(2) Electoral Act would NOT apply. The decision of the Supreme Court did not nullify the election on grounds that the candidates with the highest votes cast (APC) were not qualified to contest. What the court said is that the party that purportedly won HAD NO CANDIDATES AT ALL as at the time of the election and as such could not have won. You don’t win an election in which you didn’t participate, as I said earlier. So, the question of being qualified did not arise. It is when you have validly fielded a candidate that the question of whether or not your candidate is qualified would arise. APC did not field any, according to the Supreme Court. So those votes cast for APC don’t count, being wasted votes.

1️⃣7️⃣Please note that some others still argue the Supreme court should have allowed the APC to go and have fresh primaries. No! That’s a legal aberration! A constitutional anomaly! And in common sense, an absurdity! How could the party be given such a second, underserved opportunity? Had the time for primaries not since elapsed? There is time for everything! Says the Bible book of Ecclesiastics in Chapter 3: ”There is a time for everything, and a season for every activity under the heavens.”* SO IT IS UNDER NIGERIAN ELECTORAL LAWS!! See sections 31 and 38 of the Electoral Act. Section 38 specifically states that once *”more than one person remains validly nominated,”* INEC must proceed to hold the general elections. This INEC has done. No going back. PDP and APC were not the only parties in Zamfara State.

Now, one may ask, Did any external factors (as in “NOVUS ACTUS INTERVINIENS”) interfere to disrupt APC’s party primaries in Zamfara State? On what grounds would the Supreme Court be expected to give the political party such a second opportunity? I respectfully see none! The party, like others, had its time and chances to conduct its primaries. But, unlike others, the party had wasted its own opportunity due only to its own fault or default! You can’t have back a lost time. One can’t blame anyone for one’s own errors or deliberate defaults. So, the Supreme Court was right. One must be held accountable for the necessary consequences of his deliberate actions. Such is the case of APC in Zamfara!

1️⃣8️⃣Based on the above, I humbly conclude this short epistle by holding the opinion that there is NO way anyone can validly argue the Supreme Court judgement in respect of Zamfara APC amounted to a sort of disenfranchising the electorate in Zamfara. The truth is that, the eyes of the law, the Zamfara electorate had voted to elect the PDP, not the APC, because the APC was not a part of the election. Like Mr. Omehia in Rivers State of 2007 (see AMAECHI V. INEC), the APC was a mere impostor in the Zamfara 2019 elections, having not validly fielded any candidates. So said the Supreme Court. *The Supreme Court did not nominate anyone for the APC in Zanfara. The Supreme Court did not impose anyone nor any political party on Zamfara! Like I said above, the Supreme Court did nothing more than only interpret the laws of the land as they are! And as we’re reminded by Oliver Wendell Holmes in The Path of the Law (10 Harvard Law Review 457 (1897)), *”the prophecies of what the courts will do in fact, and nothing more pretentious, are what I mean by the law.”